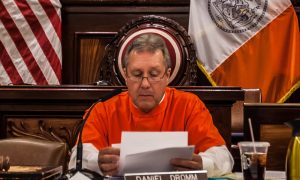 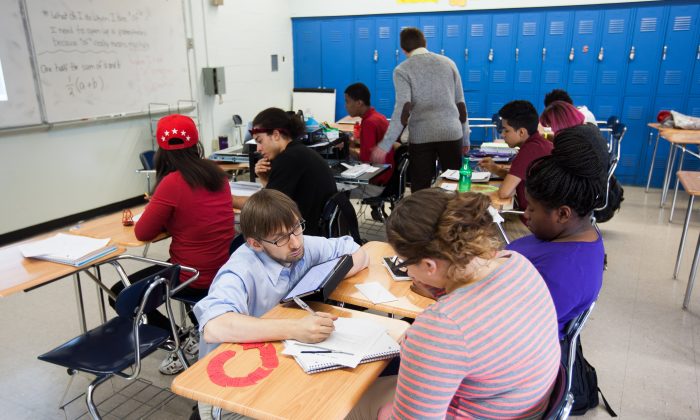 There are seven things struggling public schools can do to turn things around, according to New York City Charter Schools Center. The charter school support organization released a brief paper Thursday listing seven methods charter schools widely use to boost their students’ chances of academic success.

No. 1: Charter schools often have two principals, or more exactly, two people doing the job a district school principal usually copes with. One handles the academics, supporting teachers, and talking to parents. The other handles the logistics—paperwork, budgets, and maintenance.

No. 2: Extended school day and school year. Mayor Bill de Blasio announced on Nov. 3 that 94 struggling schools in the city will receive additional funding and support to make a turn around, including a one hour longer school day.

The paper considers such requirements “unspecified” and proposes the school should work “toward clear metrics with explicit timelines.”

Charter schools, publicly funded but privately run, usually have to renew their “charter” every five years, proving they reached goals they agreed upon with the government body that issued the charter. As the goals need to be measurable, a major part boils down to standardized test scores.

No. 4: Put teachers through summer training and share their lessons—even if they don’t want to. District schoolteachers, due to union protections, can’t be made to start their school year before the Tuesday after Labor Day. Principals also can’t regularly collect teachers’ lesson plans and film their lessons without consent. Many teachers, possibly a majority, train and share voluntarily, but charter schools, if not unionized, can make their teachers do so by design.

No. 5: Unrestricted classroom observations. District school principals can barge in their teachers’ classrooms any time for an “informal observation” but have to stay for at least 15 minutes and fill a report. Charter schools can handle feedback to teachers much more informally.

No. 6: Charter schools can hire and fire teachers as easy as any private company. District schoolteachers can only be fired through lengthy “due process.” The paper argues staffing is crucial to turning around a struggling school, giving an example of Chancellor Fariña’s principal days in the 1990s. During her famous turn-around of P.S. 6 Fariña changed 80 percent of her staff in 9 years. She had to persuade the unfitting teachers to leave on their own.

No. 7: Quick response to parents’ inquiries. Based on this year’s union contract, district teachers now have 40 minutes a week mandated for communication with parents. The paper argues that it’s not enough. Though many teachers do much more than talk to parents, they do so voluntarily. District principals can’t make them, while charter principals can.

There are 300 city schools in need of improvement, according to the New York State Education Department. De Blasio already produced a turn-around plan for 94 of them and is expected to hand in the rest by December.

The Charter Schools Center suggests the mayor should “steal” its ideas, though it acknowledges the state, city, and union rules curb the extent to which the measures can be put in place.