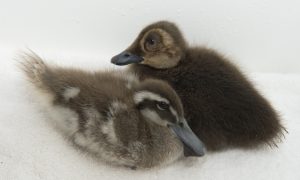 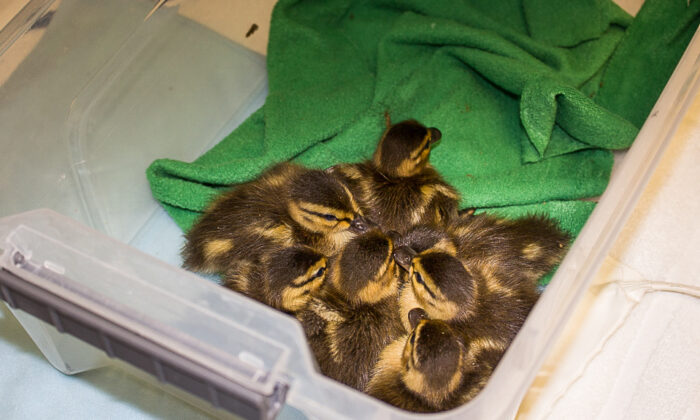 A brood of ducklings was rescued by Huntington Beach firefighters after falling into a storm drain. (Courtesy of Wetlands and Wildlife Care Center)
Southern California

A brood of ducklings was recovering after being rescued from a storm drain by Huntington Beach firefighters.

The group of seven ducks was discovered by a passerby, who waved down a nearby fire engine, Eric Blaska told The Epoch Times on April 5.

“They were able to safely send someone into the storm drain to rescue the [remaining] ducklings,” Blaska said.

Once the ducklings were recovered, they were taken by an Orange County Animal Care officer.

From there, the ducklings journeyed in a towel-lined cardboard box to the Wetlands and Wildlife Care Center.

The fuzzy birds were quiet upon arriving, and they were likely day-old newborns, the center’s Executive Director Debbie McGuire said.

“They were scared after falling 30 feet, over two stories into a dark storm drain,” McGuire told The Epoch Times. “That had to be traumatizing.”

The ducklings were given fluids and food to recover while resting overnight in an incubator, prior to being given a health exam, which revealed they were uninjured.

“Because of their body dynamics, they can hit the ground and not get hurt,” McGuire said. “They’re light, about an ounce.”

The ducklings will remain at the care center for a few months, until they can fend for themselves.