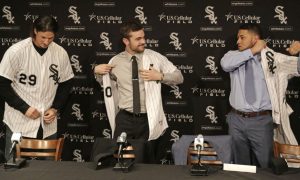 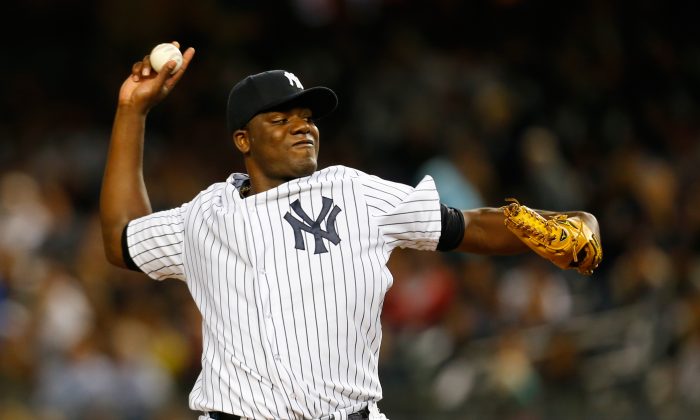 Michael Pineda missed a good part of 2014 but came back in August and posted a 1.91 ERA over his last 9 starts. (Mike Stobe/Getty Images)
Baseball

There are several different kinds of fantasy baseball sleepers. One is a prospect that looks good in the minors and/or spring training—like Bryce Harper a few years back. Another kind is a veteran who is due for a bounce-back season. Think Mike Lowell before he came to the Red Sox in 2006. The third kind is a player coming back from a significant injury, such as Adam Wainright after missing all of 2011. Also, any player in a contract season is a breakout candidate. For various reasons, here are seven sleepers for your fantasy baseball draft.

OF Jorge Soler, Chicago Cubs: Soler, 23, has been overshadowed by teammate Kris Bryant and his nine home runs this spring, but Soler has still been more than solid himself. The Cuban-born Soler has hit .333 with three home runs and a .573 slugging percentage in 48 spring training at-bats. This is after he hit .292 in 24 games last season as a late-season callup. He looks ready for primetime. Soler’s average fantasy draft position on ESPN has been 125th overall.

SP Michael Pineda, New York Yankees: Pineda went 5–5 with a jaw-dropping 1.89 ERA in 13 starts last season for New York. Although he missed more than half the season with a back injury he was strong in his return, posting a 1.91 ERA in nine late-season starts. Thus far, he has a 1.32 ERA in four spring training starts this season. His average draft position on ESPN is 180th.

1B Brandon Belt, San Francisco Giants: Belt fits into the veteran who’s coming off an injury-riddled season. The 26-year-old hit 12 home runs in just 61 games last year for the World Series champions, while missing time with a thumb injury. But he hit 17 in 150 games with a .289 average the year prior. Plus, he hit .295 in last year’s postseason and is hitting .352 thus far in spring training, yet his average draft position on ESPN is 219th.

2B Howie Kendrick, Los Angeles Dodgers: Kendrick isn’t fast but he’s an above-average player who, at 31, is still in his prime as an above-average hitter. The new Dodger has played in at least 140 games four of the past five seasons and has never hit below .279, while hitting between 7 and 18 home runs each season—plus he’s hitting .409 this spring. Yet his average draft position on ESPN is just 161st.

SS Xander Bogaerts, Boston Red Sox: Bogaerts was a top prospect entering 2014 but hit just .240 as the Red Sox shifted him between shortstop and third base. It looks like he’ll be entrenched at short in 2015 and after hitting .311 last September, the 22-year-old Bogaerts could be in for a big season. His average draft position on ESPN was 174th.

OF Jason Heyward, St. Louis Cardinals: Heyward is a classic bounce-back candidate, plus this being a contract season for the 25-year-old, it all adds up to a big year—and contract. Heyward stole 20 bases last season but slugged just .384—which is less than ideal for a corner outfielder. Yet as late as 2013, he hit 27 home runs while swiping 21 bases. His average ESPN draft position is 82nd.