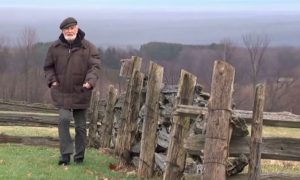 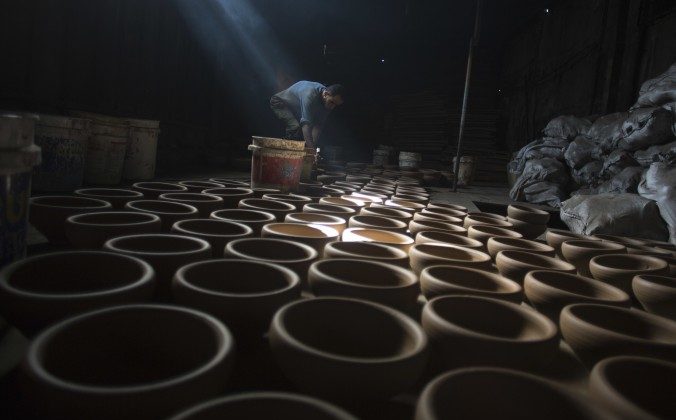 A Ghost Reaps His Due: A Chinese Reincarnation Tale

The Chinese have traditionally believed in the principle that the good are blessed with virtue and that the wicked are brought to justice. With the introduction of Buddhism and its teachings of reincarnation, this heavenly law was understood to extend beyond the grave and from before the cradle.

The following story, recorded in Chinese folk legend, took place during the transitional period between the Ming and Qing dynasties in the 17th century. In the village of Wajiadian, located a few miles outside Beijing, there was a wealthy landlord known as Sir Qian.

Less than a mile from Qian’s residence lived the peasant family Li. People called the master of the house “Brother Li.” Because Li had some skills in masonry and brickwork, he frequently serviced the Qian household with various odd jobs. Sir Qian was generous in his pay, and with time the landlord Qian and peasant Li, as well as their families, were closely acquainted.

One year, Sir Qian set off to the South with his family to do business. It would be several months before their return. Prior to the trip, Qian summoned Brother Li.

“Brother Li, our friendship is strong. Can I request a favor?”

“Sir Qian, if there there is anything I can do for you, don’t hesitate to ask.”

“I have a store of fine wine,” Qian said. “I fear that those I have hired to watch my property will drink it while I am away. Should you be willing, could you keep it in your home and watch over it for me?”

“Such a small matter, I’d have taken it for a major affair!” Li replied. “I’ll have every jar waiting for you without so much as a scratch. Be at ease and bon voyage!”

With this, Sir Qian delivered 30 sealed earthen jars of wine to the house of Li. Brother Li locked them away in a spare room.

Two months passed. There was no word from Qian or his family.

One day, Brother Li checked up on Sir Qian’s wine, each jar sealed tightly with kraft paper. Li held up one of the jars and gave it a sniff, but to his surprise, there was none of the wine’s fragrance whatsoever.

“Strange. However well-sealed, I should be able to smell the wine,” Li thought to himself. Then he shook the jar, and, hearing no sound, was again puzzled. Giving in to whim, he broke open the jar. What he saw took him aback: what spilled out of the jar was none other than sparkling white silver!

In a flash, Li opened all the jars. Each and every one was filled with the same precious silver—three thousand taels in all. His greed aroused by this massive sum, Li hatched a devious plan. Having voided the jars of their riches, he took a sum of the cash and ventured to market, where he procured fine wine, and refilled the jars with it. He resealed the 30 jars, and the wares appeared exactly as they had when Sir Qian had first delivered them to the Li residence.

And what of the silver? It was now stashed in the darkness of Li’s cellar, never to return to the hands of Sir Qian.

Do You Believe in Reincarnation? Boy Gives Detailed, Verified Information About Past Life

Some months later, the Qians finally came back from their trip. Brother Li sent the 30 jars back to Qian as if nothing had happened. Once Li was gone, Sir Qian opened the jars to find that his silver had turned to nothing but wine. He knew at once that his life’s savings had been taken from under his nose by Brother Li and there was nothing he could do about it.

Had he not, after all, told Li that the jars were filled with wine, and was it not wine that Brother Li had returned to him? However he racked his brains, Sir Qian found no way out of this voiceless agony. His spirit crushed, it was not half a year before the landlord died a tortured soul.

Seeing that Sir Qian was no more, Brother Li knew that the time had come to go from rags to riches. He used Qian’s silver to buy land, erect a stately edifice, and keep several concubines.

Time passed, and one of Li’s women became pregnant. Brother Li was excited for the child. He wished dearly for a son, but his own wife was barren. How could such a wealthy man do without an heir?

But the night before childbirth, Li had a ghastly dream. As he sat in his quarters drinking tea, the door swung open and in came a man—none other than the late Sir Qian! Draped across Qian’s shoulder was a large sack, and on his face was an ominous grin.

“I’ve come to settle your debt,” he said. His grin was wide, and his eyes were daggers.

Li awoke to a cold sweat, his heart pounding.

Sure enough, a maidservant entered and announced the good news. Li’s second concubine had delivered a fat and healthy baby son.

Brother Li was wary, due to the vision he had just had, and suspected that it had something to do with the newborn. Li kept vigilant, but over the years, his son turned out to be gifted and ambitious, as well as obedient and filial. He was a good student and Li provided for him the best tutors, all of whom praised his son as a genius fit for official rank. With time, Li forgot all about Sir Qian’s foreboding, ghostly appearance.

Brother Li’s boy became a man. He went to the capital for the imperial exams, and sure enough, he received a high score and was made an official of the seventh rank. In the Li house was nothing but celebration. A visitor said: “It’s now in vogue among the officialdom to purchase higher ranks. Brother Li, for the sake of your son, I say you’d best use your assets and throw your weight around!” Others present agreed.

Li considered the matter: His one and only son was indeed no ordinary man. It would truly be a waste for this talented youth to be stuck as an official of the seventh rank. Brother Li spent some gold, and within a short time, his son was promoted to fourth-rank official by the prime minister himself. Li was beside himself with joy.

His son’s career ensured, finding a worthy spouse was in principle no difficult matter. But the young Li would not settle for anyone but a certain concubine in the imperial court who drew his fancy. To have this young lady as his son’s bride, who resided in the home of a powerful minister, meant yet another expensive bribe from Brother Li’s pocket.

As the day of marriage approached, good spirits were abound, none happier than Brother Li. One night, downing shot after shot of excellent wine, he fell upon his bed. But no sooner had he fallen asleep did Li’s slumber twist itself into that same old nightmare, that vision that had haunted him year’s before on the eve of his bright and promising son’s birth! Again, before his eyes was Sir Qian!

“It’s taken me many years,” Sir Qian grinned. “But I’ve finally collected what you owe me, with some added interest.”

Speaking, he patted the sack around his shoulder, which, upon closer observation, did seem to be heavy with coins.

“The debt has been settled,” Qian continued. “I think I’ll take my leave of you now.”

No sooner had Li awoken than a manservant rushed in helter-skelter, bearing bad news:

The age-old dread, buried for so long, was coming back. In a hurried stupor Li stumbled towards his child’s room, but it was too late. His dear son was already in the next life.

Brother Li fell to his knees. Everything was clear to him. Sir Qian was reborn as his only son, and he had to collect that which was his. And what interest Qian had exacted! From birth to death, through tuition and through bribery, Li’s son had cost him no less than 30,000 silver taels.

There was nothing left. Empty-handed, Brother Li wandered the streets like a beggar, telling whomever he met of the justice providence had meted out to him for his trickery. From violation of heavenly principles, he warned, there was no escape in the end. But seeing his sorry state, all took Brother Li for nothing more than a madman.