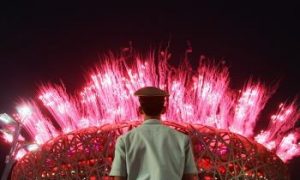 Bird's Nest or Bird Trap?
0
US

SETI Goes Offline Due to Lack of Funding

The SETI (Search For Terrestrial Intelligence) Institute has shut down its alien search efforts due to financial troubles.

All 42 dishes belonging to SETI’s Allen Telescope Array were shut down recently, which was first reported by the San Jose Mercury News, citing an email from its CEO Tom Pierson.

Pierson said in the open letter, dated April 22 and sent to donors, that the telescope is going into “hibernation” due to a lack of government support.

“Today’s government budgetary environment is very difficult, and new solutions must be
found,” the letter reads. And California is also experiencing “budget shortfalls that have
severely reduced the amount of state funds available” and have contributed to a lack of funding for SETI.

The institute is looking to bring the dish array back online as soon as possible and is working on possible solutions.

Pierson added that the institute hopes to strike up a partnership with the U.S. Air Force to use the dishes to track debris in outer space, which could lend some additional funds to support the project.

SETI initially raised the funds to construct the satellite array while the University of California has been responsible for the day-to-day operations.

"There is a huge irony that a time when we discover so many planets to look at, we don’t have the operating funds to listen," SETI Director Jill Tarter told the Mercury News regarding the shutdown.

SETI’s mission is to explore the nature and origin of life in the universe. “We believe we are conducting the most profound search in human history—to know our beginnings and our place among the stars,” the institute says on its website.