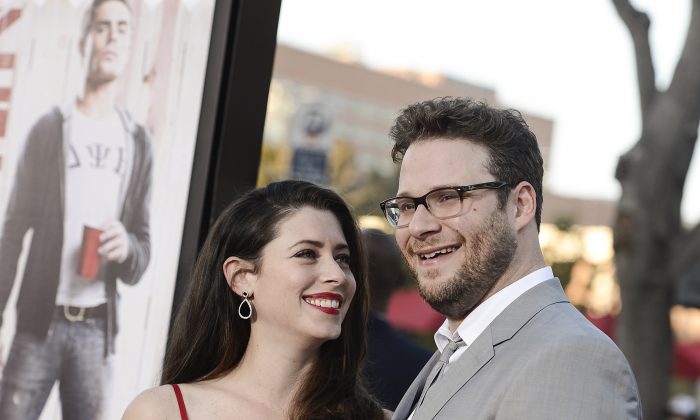 Seth Rogen thinks his wife is “incredible” for the way she has “embraced” her mother’s Alzheimer’s Disease.

The 32-year-old actor and his spouse Lauren Miller helped found the organisation Hilarity For Charity (HFC), which aims to use the power of laughter to bring attention to the degenerative disease, and he admits it has forced her to share “an inherently very unhappy” part of her life.

The ‘This Is The End’ star said: “My wife Lauren’s mom was diagnosed with early-onset Alzheimer’s when she was in her early 50s. Out of a sense of desperation – and wanting to feel like we were doing something – we, along with some friends, started Hilarity for Charity, a comedy variety show.

“The fact that Lauren has embraced everything that goes along with the disease and is sharing her story? It’s incredible.

“She’s been forced to delve into a part of her life that is inherently very unhappy.”

Seth admits Lauren sometimes finds it very difficult, but is determined to continue doing as much as possible in the hope there can one day be a cure for the degenerative condition.

He explained to People magazine: “Ultimately the hopes is to discover a cure. But in the meantime we’re focusing on more tangible goals and have started a program to get scholarships for in-home care for people with Alzheimer’s. I just hope we’re able to capture the attention of more young people and get the disease the type of funding it deserves.”