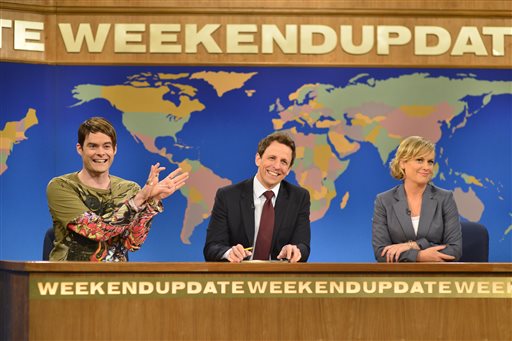 During your typical Reddit AMA, actor and comedy writer, Seth Meyers said he is nervous about his upcoming role as the host of the 66th annual Primetime Emmy Awards ceremony.

Meyers also said that he’s mostly looking forward to the after party part of the evening.

Meyers, who just this February became part of the Late Night crew with his own show, was the cast member and head writer as well as Weekend Update anchor at SNL.

Another fan then asked: “What are you most nervous about hosting the Emmys?”

“Just getting that first laugh. After that, we’re golden,” Meyers responded.