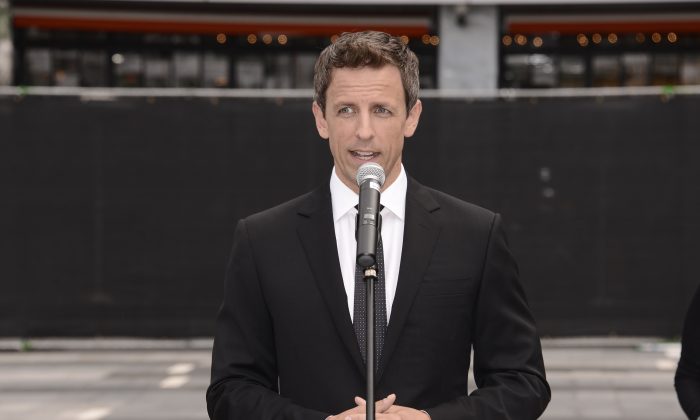 Meyers said that his biggest concern is the delivery of his jokes.

“I think nervous isn’t a bad thing. You always want those butterflies to remind you, it helps you focus for an undertaking like the Emmys, but as each day that passes and we write more material you get more excited to tell the jokes, as opposed to nervous that you don’t have them yet,” Meyers said.

Meyers called together all his writers to come up with jokes and as they sit in one room and read the jokes to one another, they judge their reactions and decide how a joke will go do during the awards ceremony.

“At this point you’re very liberal with what you think is a good joke, and as you get closer you start realizing, ‘You know, it’s the Emmys,’ and you want more sure fires as opposed to the ones you’re not sure about,” he said.

There’s also the common understanding that an awards show is a tough room of actors who are comedic but have no sense of humor about themselves. But Meyers revealed a host’s secret.

“I’ve been in the audience for the Emmys before and I don’t think they start as a tough room, I think they turn into a tough room as more and more of them have the disappointment of not winning the Emmy,” Meyers said. “So you tell your jokes early and then you just try to get out of the way,” he added.