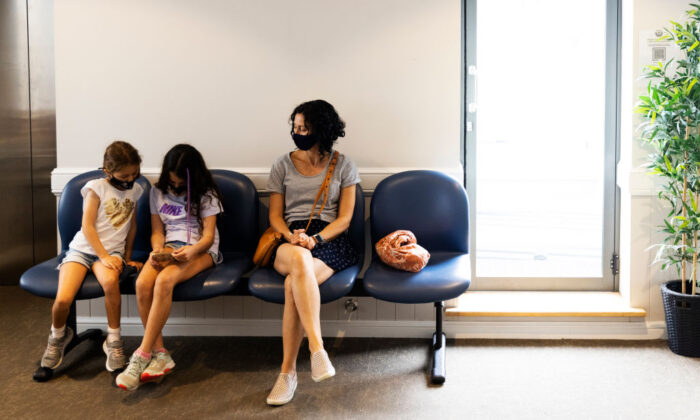 Vaccine developer Nikolai Petrovsky has called on governments and media to “set the messaging straight” on vaccination, saying while it protects individuals it cannot stop transmission of COVID-19.

His comments come as Australian state leaders, in the push to increase vaccination rates, have consistently overstated the benefits of getting the jab, which has contributed to increasing divisions between vaccinated and unvaccinated segments of society.

“We shouldn’t lose sight of the fact that the vaccines do benefit in terms of protecting the individual against serious disease, and that should always have been the messaging—that the vaccine reduces your risk of ending up in the hospital,” he told The Epoch Times.

“We should stop pretending that the vaccines are actually helping prevent transmission because there is no evidence for that,” he said. “That is complete mis-messaging that we’ve heard over the last two years.”

Recent comments from state leaders have put this issue under the spotlight.

On Jan. 13, Western Australian Premier Mark McGowan, who has rolled out one of the strictest vaccine mandate and enforcement regimes in the country, said the health orders were implemented to ensure the public was “only mixing with other vaccinated people.”

“It reduces the risks posed by unvaccinated people, bringing the virus into busy, populated settings,” he said in a statement.

On Jan. 11, Victorian Premier Daniel Andrews made similar claims regarding the booster shot.

“At the moment, two doses are protecting the vast majority of people from serious illness. But its only with three doses that you can protect yourself from getting serious illness … and giving it to others,” he told reporters.

Vaccine mandates have been widely enforced across the country with bipartisan support politically and from the business and medical community.

Petrovsky said individuals should be able to choose whether they get vaccinated, and it was “not for anyone to judge.”

“They might choose to take that additional risk into account and offset that against some other risk,” he added. “So, every individual should be making decisions about their own health, and it is completely inappropriate to demonise or suggest someone who’s unvaccinated is in any way different to anyone else.”