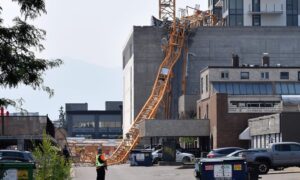 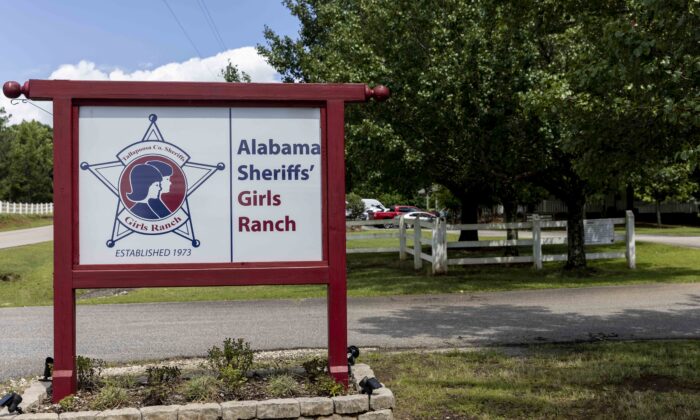 The Alabama Sheriff's Girls Ranch in Camp Hill, which suffered a loss of life when their van was involved in a multiple vehicle accident, on June 19, 2021, resulting in eight people in the van perishing, Ala., on June 20, 2021. (Vasha Hunt/AP Photo)
Local News

AUBURN, Ala.—A remembrance is set for eight young people killed when a van returning to an Alabama girls home after a week at the beach wrecked in a fiery crash during a tropical storm last month.

The victims of the 17-vehicle accident, which also killed two other people in a separate car, will be remembered in a public service planned for a church in Auburn on Thursday afternoon.

Michael Smith, chief executive of the Christian-based Alabama Youth Homes, said it was time to honor the youths who were killed when the Tallapoosa County Girls Ranch van became entangled in the massive pileup on June 19 at Tropical Storm Claudette blew through the Southeast.

“We’re calling it a celebration of life,” Smith said. “We’re going to celebrate what God gave us while they were with us.”

A van driven by the ranch director, Candice Gulley, was carrying eight children ages 3 to 17 when the crash occurred about 35 miles south of Montgomery on Interstate 65. Investigators haven’t said what happened, but a preliminary report from the National Transportation Safety Board could be released soon.

Gulley, who lost two children and two nephews in the crash, was the sole survivor in the van and plans to speak at the event, Smith said. A Tennessee man and his young daughter died in another vehicle.

Gulley had taken the group to the Alabama coast for an annual trip sponsored by the girls ranch, which cares for abused and neglected girls and is located about 60 miles northeast of Montgomery.

An online fundraising campaign brought in nearly $550,000 for the boys and girls ranches in the state after the wreck.