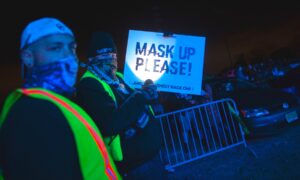 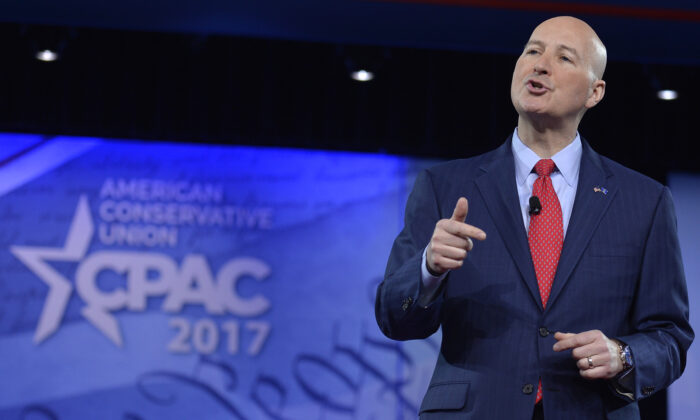 A server in Nebraska was terminated after filming video of Gov. Pete Ricketts inside a restaurant while not wearing a mask.

Karina Montanez, 25, filmed the video on Nov. 3 at DJ’s Dugout in Bellevue.

“I was bothered by his actions as someone who has medical conditions myself and go to work on the daily risking of getting infected. Then here comes our governor who has NOT been wanting to put a state mask mandate, come in and mingle and take pictures as if he were a celebrity. It simply rubbed me the wrong way,” Montanez told The Epoch Times via Twitter direct message.

Employees at the establishment are required to wear masks but customers are not.

In a statement, CEO Sunni Renner confirmed the firing.

“DJ’s Dugout terminated one of its employee’s after learning that the employee recently posted a video to social media, which was taken while that employee was actively on duty for DJ’s Dugout and constitutes a violation of DJ’s Dugout’s written social media and cell phone policies provided in DJ’s Dugout’s Employee Handbook,” he said.

Ricketts has encouraged Nebraskans to wear masks but has not imposed a mandate to wear them. He told reporters recently that he feels a mask requirement would harm businesses.

Ricketts’s office did not respond to a request for comment.

Asked about the picture during a briefing this week, Ricketts said: “Generally, you’re going to be in close contact when you are within somebody six feet for 15 minutes or more. So oftentimes when I’m taking a picture, depending on the preference of the person taking the picture, I’ll remove my mask while we take a picture and put it back on again when we’re done.”