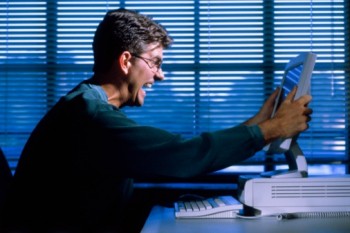 Changes in serotonin levels can occur when individuals are stressed or have not eaten. (Photos.com)
Science

Why are some people more aggressive than others? New research from the University of Cambridge suggests that anger regulation is associated with fluctuation of serotonin levels in the brain.

Changes in serotonin levels can occur when individuals are stressed or have not eaten. The new study examined the activity of different brain regions and their association with the regulation of anger.

“We’ve known for decades that serotonin plays a key role in aggression, but it’s only very recently that we’ve had the technology to look into the brain and examine just how serotonin helps us regulate our emotional impulses,” said Dr. Molly Crockett, co-first author of the study, in a press release.

“By combining a long tradition in behavioral research with new technology, we were finally able to uncover a mechanism for how serotonin might influence aggression.”

The researchers looked at the effects of acute tryptophan depletion (ATD) on 30 healthy individuals. A personality questionnaire revealed which individuals tended to behave aggressively.

Participants’ diets were manipulated by consuming amino acids with the lack of tryptophan, serotonin’s building block, on one day, followed by a normal amount of tryptophan in the same mixture on another day—the ‘placebo’ day.

When brain serotonin levels were lower, participants showed weaker communication within between the prefrontal cortex brain regions and the amygdala—the emotional limbic system of the brain.

The finding suggest that when serotonin levels are low, the prefrontal cortex is less able to control anger responses produced by the amygdala.

“Although these results came from health volunteers, they are also relevant for a broad range of psychiatric disorders in which violence is a common problem,” said co-author Dr. Luca Passamonti from Consiglio Nazionale delle Ricerche (CNR).

“We are hopeful that our research will lead to improved diagnostics as well as better treatments for this and other conditions.”

The study was published online in the journal Biological Psychiatry on Sept. 15.