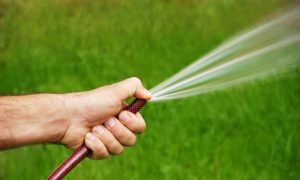 David Judson: Hello, I’m David Judson, Editor-in-Chief of Stratfor. Joining me today is Rebecca Keller, our science analyst. Appropriately enough, she’ll be joining me, she is joining me through the miracles of modern science, Skype. But anyhow, today’s topic is a broad one: the geopolitics of water scarcity. We’re using this as kind of an opportunity to explore a new innovation in the way we share informational reports with our readers. This will what we’re calling an ongoing series so Rebecca will be exploring region by region country by country over the coming weeks and months, but before we get into anything very specific maybe you could just give me kind of a primer, Rebecca, on the geopolitics of water scarcity.

Rebecca Keller: So the geopolitics of water come down to the very definition of the term the geo in geopolitics. It’s about geography and the constraints. So just like any other natural resource whether it be oil or even you know mountains that provide security, water is one of the advantages or disadvantages a country must operate in the constraint based analysis when looking at their political motivations, be them economic, political, social, or security wise. But unlike other commodities, water is not necessarily at the forefront of peoples’ minds all the time like oil or natural gas would be, but it still comes back to the constraint. So when you look at water scarcity, or actually more appropriately water stress, you’re looking at a couple of different dynamics. You’re looking at short-term stressors like drought, which tend to be in the news more often, but then we’ll also be looking at water stress over the long-term, which is a bigger problem with overuse and growing populations and changing economics and how that over use or limited availability of water plays into the constraints each individual country might face.

David: But I want to come back to a point that you made yesterday when we were chatting about this, that there’s a uniqueness to this geopolitical issue that we don’t find in other resource issues in that water scarcity, unlike as its often portrayed in the media doesn’t lead to “water wars,” it’s an underlying issue that amplifies other kinds of social and political stresses in a political society.

Rebecca: Absolutely. Water wars is a popular phrase you’ll see in the media quite a bit and that’s something we tend to, not shy away from, but don’t believe to be the true focus. Its an underlying constraint that faces not just arid nations like those in the Middle East, but every nation has a limited, be it a large limit or a small limit, amount of water. And how the nation uses that resource or over uses that resource will play into how big that is of a constraint to their economic, political and social development in the coming years and decades. Versus physically fighting over water, it’s acting as a constraint to future growth.

David: I know that when you get into the hard pan of the analysis that we’ll be rolling out you’ll be exploring these issues region by region, but I’m kind of interested in hearing your early thoughts on how this plays out in different ways and in different parts of the globe. California, where you’re located, certainly is going through a lot of water-based trauma at this point, and then we move on to very very different problems in places as diverse as India and Yemen and South Africa, to mention a few examples.

Rebecca: Absolutely, water stress is a global issue. Everyone, every country will experience some level water stress in the coming years, but its also a very regional issue in that each nation will be forced to deal with water stress in different ways. So more developed nations, the United States, California for example, have the capability to implement water management strategies and alternative water solutions, be it desalination or waste water management. Now those are still difficult things to implement even in developed countries, but the capability is there, whereas if you look at Yemen, which is an unstable country as far as political and social stability is concerned, there’s not necessarily the government in place to implement the necessary measures to do what we would say would be — do more with less water — so be able to survive with less available water. So yes a country like Yemen is under more of a threat of almost physically running out of water in certain locations because they don’t have the capability to manage the water they do have available. Whereas California, which is under an extremely severe drought right now, has more options on the table to do more with less in the coming years.

David: But I’m also intrigued in reading through your drafts of the sheer complexity that in a rural society for example when there is a water scarcity issue in rural areas the result is constraints on agriculture, which leads farmers to leave the land and move to the cities. Then the increasing urbanization creates a whole new set of water scarcity issues in the urban environment.

Rebecca: So agriculture is globally the largest consumer of water so any kind of water stress or water scarcity is going to have an impact on agriculture so in a place like India for instance where we see significant pollution affecting available water sources there and ground water over use causing the ground water levels to get lower and lower so wells have to be drilled deeper and deeper, making them more expensive we then see the movement of people into the cities or urbanization as you mentioned. And this urbanization, you still have to feed those people but they are no longer growing their own crops so its either, you know, import food or continue to produce the same amount of agriculture, which then puts more strain on those water resources. In addition you have increased municipal demand and the infrastructure may not be adequate in that it might not be able to carry the amount of volume for these increased populations in urban areas. Or it may be old or poorly maintained, in which case you’re losing more water than you’re getting, at times.

David: The implications are many. I’m really looking forward with you as we fold this project out. I know our readers will appreciate the effort as well. So please join us here at Stratfor to read more about the geopolitics of water.

“Series Preview: The Geopolitics of Water Scarcity” is republished with permission of Stratfor.