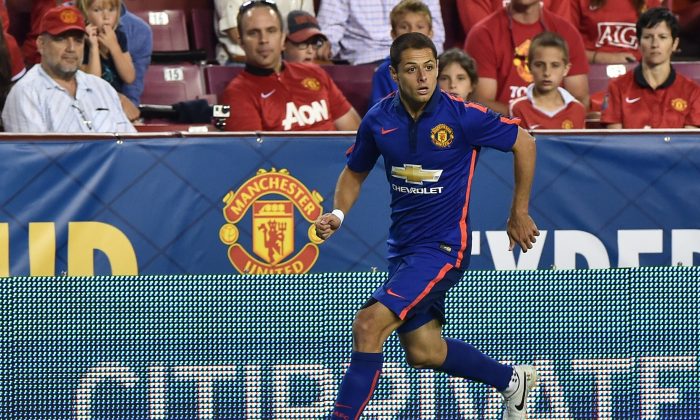 Inter Milan is one of the names in Italian and European football that has that flavor of greatness about it.

With 18 Serie A titles, the first treble in the history of Italian soccer and legends of the game like Christian Vieri, Sandro Mazzola and Javier Zanetti having passed through the corridors and stamped their permanent mark on the Giuseppe Meazza, Inter has a certain mystique reserved for only a handful of elite clubs.

Recent rumors that Inter is interested in Manchester United and Mexico striker Javier “Chicharito” Hernandez naturally prick El Tri fans’ ears. Inter has that effect, especially when that caliber of institution is mentioned in the same breath as a player from a CONCACAF region that hasn’t traditionally exported to the big clubs.

But as good as it sounds initially when you hear Hernandez and Inter linked, it would seem the timing is not right for a player entering his prime and with trophies and experience under his belt to be heading to the Nerazzurri.

If you thought Manchester United was poor last season, Inter finished a whole 42 points behind Italian champion Juventus and 18 points from a Champions League place. Since then, coach Walter Mazzarri’s signings of Hernanes, Yann M’Vila and the injury-prone Nemanja Vidic have done little to suggest that Inter will be much closer to Juve, Roma, Napoli or Fiorentina next season.

And the constant rumors linking Inter to Southampton’s unwanted striker Pablo Osvaldo, combined with the whispers that Freddy Guarin – one of the club’s best players – could be used as bait to get Manchester United to agree a deal for Hernandez hardly inspires confidence in what is to come.

Since Jose Mourinho left in 2010 and the core of the team featuring Javier Zanetti, Esteban Cambiasso, Wesley Sneijder, Walter Samuel, Samuel Eto’o and Julio Cesar disintegrated, the side has only gone one way. It isn’t up.

Serie A in general has lost ground in recent seasons, with the Bundesliga becoming a major force, the Premier League and La Liga still strong, Ligue 1 being injected with foreign money and leagues like those of Portugal and Holland remaining solid.

That’s not to say Serie A can’t or won’t turn it around, but Milan lost 5-1 on aggregate to Atletico Madrid as Italy’s only representative in the Champions League round of 16 last season, with Juventus the only Italian side in the quarterfinals the season before.

No Italian team has reached the Champions League semifinal since Mourinho’s Inter and none looks particularly likely to do so next season, especially with Antonio Conte having resigned from Juventus.
Moving forward, the ideal parameters for Hernandez moving from Old Trafford would be:

1) A team with the potential to compete in the latter stages of the Champions League, either now or in one or two years.

2) A top club in Spain, the Premier League, Germany, or one of France’s nouveau riche institutions.

3) A significantly better chance of minutes than at Manchester United.

4) Willing to pay the player’s wages in the knowledge that the commercial reward for the marketable Hernandez is high if managed correctly.

Atletico Madrid coach Diego Simeone’s words of admiration for Hernandez on Tuesday and his admission that anything could happen before the end of the transfer window give some hope at what would seem to be the ideal destination. They also prove that the Mexican is and will be in high demand.

At present, Serie A shouldn’t be a priority for Chicharito and if the right offer doesn’t come in, he’d be better waiting it in north west England out than going to Inter.

By the January transfer window, Hernandez won’t be cup-tied in the Champions League and will have a clear picture of where he fits in under Louis Van Gaal at Manchester United.