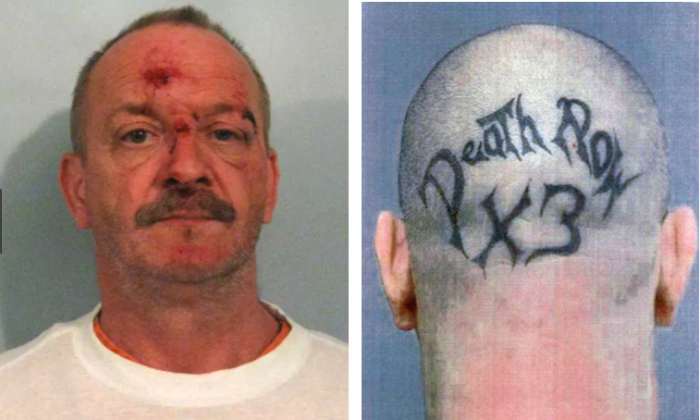 A South Indiana serial killer sentenced to death for the murder and mutilation of three female victims claims he killed dozens more women–and men–and the police have no idea.

William Clyde Gibson, 60, on death row in Indiana State Prison, was interviewed by British broadcaster Sir Trevor McDonald, MailOnline reported, for a documentary on jailed killers. It was during this interview that he disclosed the shocking number.

“They [police] might have a tenth of it, I’ll put it that way,” Gibson said.

But for Gibson, making disturbing utterances is nothing new.

Gibson was arrested in 2012 after the body of his late mother’s friend Christine Whitis, 75, was found in his garage. It was reported she allegedly stumbled on the serial killer as he was disposing of one of his victims, so he strangled her to death.

Police also found the body of 35-year-old Stephanie Kirk on Gibson’s property in 2012. He also confessed to killing Karen Hodella, 44, whose body was found near a river in Clarksville with stab wounds.

He received death sentences for the murders of Whitis and Kirk, and was handed down a 65-year prison sentence for the Hodella killing.

Gibson later appealed the death sentence, the Sun reported, but it was upheld in April 2016.

During one of his trials, Gibson caused a stir for showing up in court with a tattoo on the back of his shaved head–”Death Row x 3.”

It was argued the inking indicated Gibson wanted to “glorify” his crimes and Judge Orth ordered that he receive no haircuts on grounds of the tattoo being “prejudicial,” the Courier-Journal reported.

During the interview with the UK broadcaster, Gibson bragged about the crimes he claims he got away with.

“At first I was kind of nervous about it, but then after the first one … . It wasn’t just women, there were men too. They just didn’t find them, I didn’t say anything about them.”

Gibson showed no remorse for his crimes, and told the interviewer the reason he killed his first victim Hodella was because he “felt like it.”

“Everybody thinks when you do the type of stuff I did, cutting people up, the egregious stuff—people automatically think it’s because you had a bad childhood.”

‘They think you were molested, or ask you if you started fires—I didn’t do any of that.

“I had a perfectly normal childhood.”

McDonald then asked about whether he had any humanity. Gibson replied matter-of-factly “I don’t believe I’ve got any humanity. I don’t think I do. It just doesn’t seem to affect me.”

“I could kill a person and then just go out for dinner. I don’t care,” said Gibson.