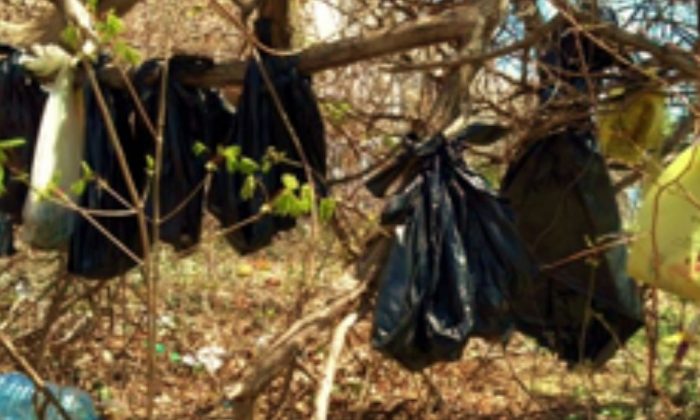 (SPCA of Westchester)
Crime and Incidents

A New York man was arrested in the deaths of 25 cats, which were found hanging in trees in Yonkers, according to reports on Tuesday.

Rene Carcamo, 60, admitted that he has been placing dead cats in plastic bags after they died from infection and fleas in his apartment, according to LoHud.com. He told officials  he hung the cats from Overlook Terrace in the city, saying he did so because they wouldn’t have been desecrated by other animals.

The SPCA of Westchester,  however, said that many of the cats appeared bludgeoned to death.

“The SPCA of Westchester transported the bodies to a local veterinarian to perform necropsies on three of the bodies. The cause of death was determined to be blunt force trauma to the head. It is believed that all of the cats suffered the same death. Additional items were removed from the scene for further analysis,” it said on its website.

Officials said he didn’t have number for how many cats died over the years, but he said “a great deal of the small ones” in his apartment, the report said.

He was arrested Tuesday and was charged with three misdemeanor counts of violating environmental conservation law. He is also facing two counts of animal cruelty.

“The SPCA of Westchester is pleased that an arrest has been made in this case, after many months of investigation, interviews and hard work,” Ernest Lungaro, the director of the Humane Law Enforcement Unit, told the Yonkers Daily Voice. “We are grateful to the Yonkers Police Department and the Westchester County District Attorney’s Office for helping us to make this possible.”

The Daily Voice noted that some of the animals appeared to have been killed with a blunt object.

“Last April, like so many Yonkers residents and animal lovers around the world, I was saddened to learn that 25 cats were found dead in our City – the victims of an unconscionable act of violence,” Yonkers Mayor Mike Spano told the paper. “This senseless disregard for the welfare of animals and pets has no place in our society, and it will not be tolerated in Yonkers.”

LoHud reported that police have asked occult experts to investigate other animal killings in the county, including decapitated goats and birds.