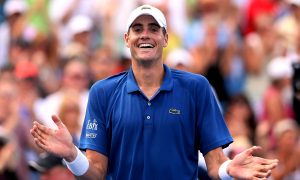 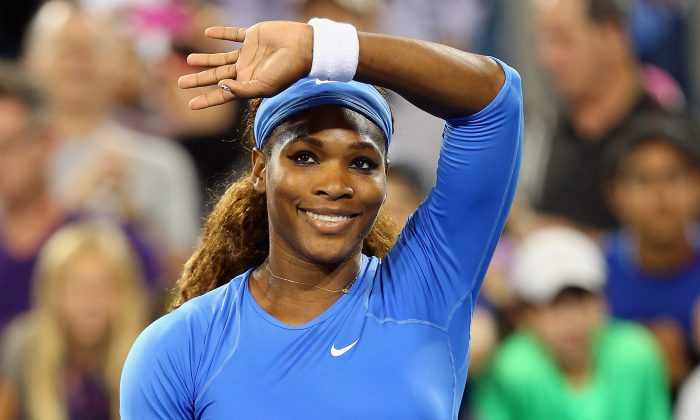 Serena Williams is headed to the finals of the Western and Southern Open tennis tournament at Cincinnati, Ohio, after defeating Li Na Saturday night in an uneven match where neither player could maintain momentum.

Williams won in straight sets but she was not at her best; her serves were very slow and her shots not accurate. Li Na played very uneven tennis, making some excellent shots and moving beautifully, only to give away set breaks, sets, and the match with ill-timed double faults.

Williams and Li each broke twice in the first set; Li four times in the second set to Williams’ three. Li gave up eight double faults, and Williams, six

Williams looked almost tearful on the sideline between games, either from pain or unhappiness from her streaky play. She is nursing a sore stomach muscle, but she found a way to win.

Williams, ranked number one in the world, will face either 14th-ranked Jelena Jankovic or Number-two ranked Victoria Azarenka in Sunday’s final.