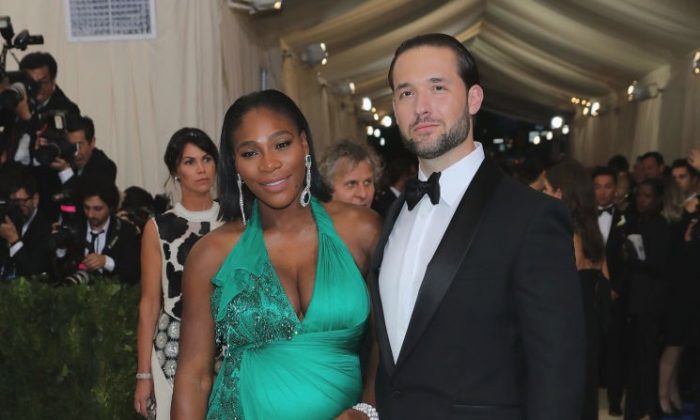 The Beauty and the Beast themed wedding at the Contemporary Arts Center was attended by many stars including Kim Kardashian, Beyonce, Jay Z, Vogue editor Anna Wintour, and of course Serena’s sister, Venus Williams.

The Daily Mail reported that each guest table at the wedding was named after one of Williams’s 12 grand slam titles, with guests gifted golden trophy party favors.

Guests were expected to dress in keeping with the Beauty and the Beast theme and were greeted with the movie’s song “Be Our Guest” as they arrived, reported ET.

Vogue magazine has an exclusive on images from the wedding, with cellphones apparently being banned.

A source told The Daily Mail that Serena wore one dress for the ceremony and one for the reception.

A cocktail reception was held in a closed-off street outside the Contemporary Arts Center.

“I came home. A little late. Someone had a bag packed for me. And a carriage waited. Destination: Rome, To escort me to my very own ‘charming.’ Back to where our stars first collided. And now it was full circle,” Williams wrote in poem form.

“At the same table we first met by chance. But by choice. Down on knee. He said 4 words. And I said yes.”