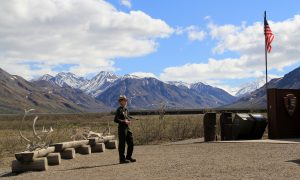 WASHINGTON—Sequester cuts to the system of federal defenders are about to devastate the constitutionally mandated program, according to Michael S. Nachmanoff. He is the federal public defender for the Eastern District of Virginia and testified before the Senate Judiciary Committee last week.

“It is a bitter irony that exactly 50 years after the United States Supreme Court established the right to appointed counsel in the landmark case of Gideon v. Wainwright, budget cuts have brought our program—a program regarded as the flagship of indigent defense in this country—to the brink of destruction,” said Nachmanoff.

Delays in the New York criminal trial of Sulaiman Abu Ghaith, Osama bin Laden’s son-in law, are an example of the processing delays sequestration has forced on federal courts, according to Nachmanoff. Abu Ghaith’s trial should begin in January 2014, Reuters reported.

“We cannot choose to do less for our clients and spend less money, in order to do what the Constitution demands. For that reason we have had to furlough employees, to lay off employees,” Nachmanoff said.

Gibbons testified that before starting layoffs and furloughs, the courts took other means in their power to cut costs, including controlling rents.

In a round of questioning, Sen. Jeff Sessions (R-Ala.) suggested that the courts could tighten their belts and manage as the courts had managed in times of judicial vacancies.

Gibbons conceded to Sessions that courts have been able to manage through times when there were vacancies; however, courts are less able to adjust to staffing shortfalls, she said.

“Our workload does not go away because of budget shortfalls,” Gibbons said. “Deep cuts mean that the Judiciary cannot perform adequately its Constitutional and statutory responsibilities.”

In written testimony, Gibbons warned of risks to public safety because of the sequester. There are fewer people to supervise violent offenders who have served their time in prison and have been paroled, or who have been sentenced to probation. Gibbons said the number of convicted offenders under court supervision hit a record of 187,311 in 2012 and is on pace to hit 191,000 by 2014.

Since 2012, public defenders have been downsized by 6 percent in federal courts, according to Gibbons. She predicted that the cuts would cause delays and potentially violate the constitutional right to a speedy trial.

Courts and legal representation for indigent defendants must have enough funding to function, according to the testimony.

“We recognize that the Court system operates effectively only when all of its functions are adequately funded and fully operational. This includes funding for court employees, probation pretrial services offices, and defender services (which provides defense counsel guaranteed under the Sixth Amendment).

“An effective court system is one of the foundations of our democratic society, and one of the Nation’s bedrock institutions,” wrote Attorney General Eric Holder and Deputy Attorney General James Cole, in a letter quoted on the U.S. Courts news website, uscourts.gov.