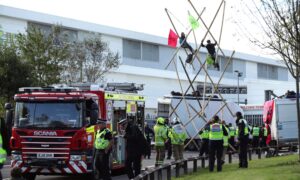 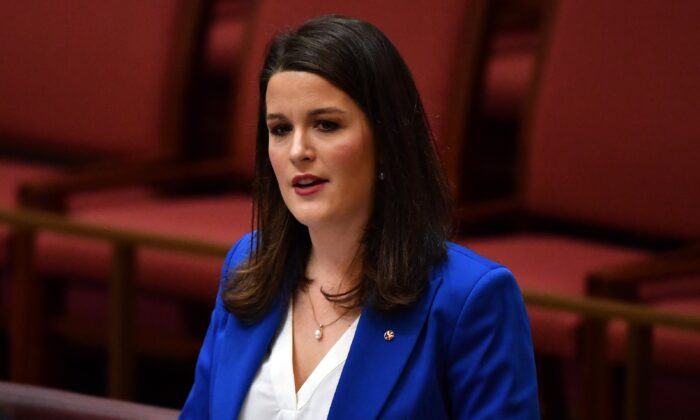 The Equal Opportunity Commission has summoned Liberal Tasmanian Senator Claire Chandler over remarks she made about free speech and that women’s sports and toilets should remain as spaces exclusively for biological women.

The letter from Tasmania’s anti-discrimination commissioner, reportedly seen by News Corp’s Mercury newspaper, said Chandler’s remarks might be seen as discriminatory against those who do not identify with the sex recorded at their birth.

The commissioner allegedly goes on to say in the letter that it is arguable that following shifts towards unisex toilets, it is no longer necessary to have separate toilets based on sex.

Senator Chandler told The Epoch Times on Sept. 7 that separate spaces for females, such as changerooms and women’s sport, exist for “very good reasons of fairness, privacy, dignity, and safety.”

“Having facilities designed for women isn’t about suggesting any particular male is a threat; it’s about having a consistent, community-wide rule which reduces the risk of harm to women,” she told The Epoch Times.

She’s also concerned that many authorities, departments, and institutions can’t or won’t say what their definition of a woman is.

“Now there are activists who say that not only it is wrong to point out the biological reality of sex, they’re also compelling people to subscribe to a definition of ‘woman’ which is chosen by activists,” she said.

Chandler said the commissioner is compelling her to attend compulsory mediation with the Equal Opportunity Commission complainant.

“[The complaint] is yet another example of the assault on truth and an assault on the very meaning of the word ‘woman’ by activists who are determined to remove every sex-based right that women around the world have and allow anyone who identifies as a woman into women’s sports and women’s spaces,” Chandler told Parliament on Sept. 3.

On July 17, Chandler wrote an op-ed for The Mercury in which she wrote: “You don’t have to be a bigot to recognise the differences between the male and female sexes and understand why women’s sports, single-sex change rooms and toilets are important.”

The Tasmanian senator said another part of the complaint was concerning her response to an email she received after the op-ed was published.

“The email I received asked me to clarify if I understand the difference between sex and gender,” she said.

“In my reply, I said: ‘I do understand the difference. That’s why I’ve made the point in my article that women’s sport, women’s toilets, and women’s change rooms are designed for people of the female sex and should remain that way,” she said.

The Equal Opportunity Commission told The Epoch Times that it was unable to confirm, or otherwise, if a complaint had been lodged due to provisions under the Anti-Discrimination Act 1998.

The Epoch Times also reached out to advocacy group Women Speak Tasmania for comment but did not receive a response.

Equality Tasmania’s Charlie Burton responded to Chandler’s remarks reportedly saying: “We want Senator Chandler to hear what life is really like for Tasmania’s trans and gender diverse young people and their families, including their desire to be accepted just like everyone else, and how negative stereotypes and misinformation can cause deep harm.

“That’s why we have invited Senator Chandler to meet and hear from these young Tasmanians and their families.

“With every right, including free speech, comes a responsibility not to exercise that right in a way that harms others.

“We are pleased Tasmania has a strong independent umpire, like the Anti-Discrimination Commission, to judge where the balance should lie.

“Tasmania’s law against humiliating and intimidating language has been upheld by State Parliament twice which indicates it has widespread community support.

“The Australian High Court has found free speech has to be balanced with other rights, and the Tasmanian Supreme Court has found that our state law against intimidating and humiliating language does not violate free speech,” Burton said.

This article was updated to include a response from Senator Chandler.