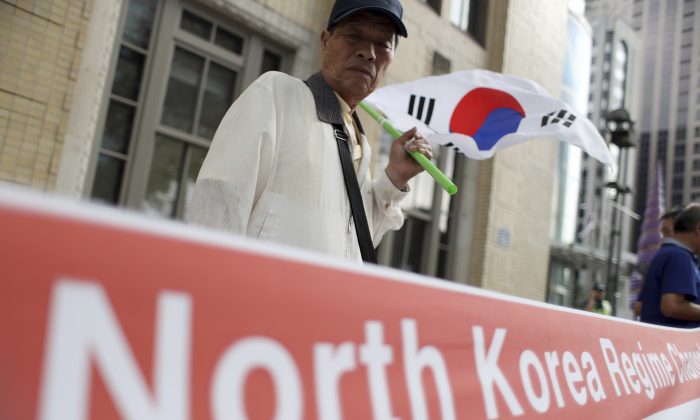 SEOUL, South Korea—North Korea is capable of detonating another nuclear device at its main atomic test site any time it chooses, Seoul officials said Monday, as the United States reportedly planned to send two nuclear-capable supersonic bombers to the South in a show of force against Pyongyang.

The speculation came three days after the North conducted its fifth atomic bomb explosion. Friday’s test was the North’s most powerful test to date, and its claim to have used “standardized” warheads has sparked worries it was making headway in its push to develop small and sophisticated warheads to be topped on missiles.

After the test, the North’s nuclear weapons institute said it will take unspecified measures to further boost its nuclear capability, which analysts said hinted at a possible sixth nuclear test.

Moon refused to say what specific evidence pointed to another possible nuclear test. But Yonhap news agency, citing unidentified Seoul government sources, reported Monday there were signs the North had finished test preparations at one tunnel that has never been used. Yonhap did not elaborate.

Seoul, Washington and their allies vowed to apply more pressure and sanctions after the test, the second this year.

Bad weather Monday delayed for at least 24 hours a U.S. plan to send warplanes from Guam to South Korea, as it has done after past provocations by North Korea.

Yonhap said the U.S. military will try again Tuesday to fly two B-1 bombers, capable of carrying 24 atomic weapons, over its main air base near Seoul. The U.S. military said some aircraft will be deployed Tuesday but declined to disclose what type or how many planes.

South Korea’s military on Friday revealed it has retaliation plans involving precision-strike missiles and special operations forces for direct attacks on the North’s leadership in the case of a North Korean nuclear attack.

Yonhap said Sunday that the plan would turn areas in Pyongyang, where the North’s war commanders were likely to hide, into ashes and “eliminate those places from the map permanently.” South Korea’s Defense Ministry said it would not comment on the report.

South Korea has previously avoided harsh rhetoric against North Korea and its leader Kim Jong Un but after Friday’s nuclear test, South Korean President Park Geun-hye said Kim’s “mental state is spiraling out of control” and that his government has “fanatic recklessness.”

North Korea’s propaganda machine, for its part, has kept up its typical anti-Seoul threats and crude insults against Park, calling her “hideous confrontation manic” and “the Korean nation’s biggest trouble-maker.” It previously called Park a “prostitute.” Park said Monday the “danger of war” and a possibility of North Korean provocations could loom on the Korean Peninsula.

North Korea’s pursuit of missiles and nuclear weapons is one of the most intractable foreign policy problems for the U.S. and South Korea. Regional disarmament-for-aid talks on the North’s nuclear ambitions have not been held since late 2008. The toughest U.N. sanctions in two decades were imposed on the North for its fourth nuclear test in January, but the new test raised a question over whether sanctions can force a change in North Korea.

The Korean Peninsula remains technically at war, as the 1950-53 Korean War ended in an armistice, not a peace treaty. The United States has about 28,500 troops in South Korea.