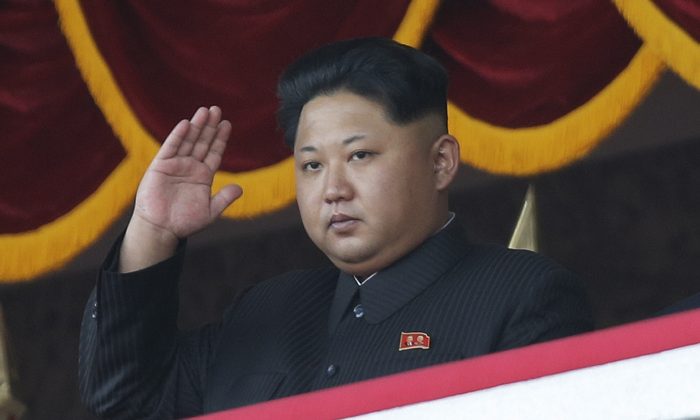 SEOUL, South Korea—North Korean leader Kim Jong Un is believed to have demoted one of his top officials and sent him to a rural collective farm for reeducation, South Korea’s spy agency told lawmakers Tuesday.

If confirmed, the banishment of Choe Ryong Hae would be the latest in a series of executions, purges and dismissals that Kim has orchestrated in what analysts say is a further strengthening of his grip on power since taking over in late 2011.

The office of lawmaker Shin Kyung-min said the National Intelligence Service disclosed the information in a closed-door briefing for members of the legislature’s intelligence committee.

A memo on the briefing provided by Shin’s office cited the NIS as saying it has information that Choe was sent to the farm for reeducation in early November.

It quoted the NIS as saying that Choe’s demotion was related to the alleged collapse of a water tunnel at a power station. Choe was reportedly responsible for the construction of the power station in North Korea’s northeastern Ryanggang province. The NIS said Choe and Kim were also at odds over youth-related policies, according to Shin’s office.

The memo didn’t say how the NIS obtained the information. The NIS said it could not confirm contents of its legislature briefing.

Choe was a rising star after Kim inherited power upon the death of his dictator father Kim Jong Il. He held a series of top posts, including the top political officer in the Korean People’s Army which once made him North Korea’s second most powerful official following the 2013 execution of Kim’s uncle, Jang Song Thaek.

His influence is believed to have diminished in April 2014 when his top army post was found to have been given to Hwang Pyong So, who is now widely considered to be the North’s No. 2 official.

Choe was still considered one of Kim’s top aides and held a number of important posts, including member of the powerful Political Bureau of the ruling Worker’s Party and secretary of the party’s Central Committee. In September he attended a military parade in Beijing marking the end of World War II on behalf of Kim. But speculation about his fate flared earlier this month after his name wasn’t in a list of top officials forming a funeral committee for a late marshal.

The NIS told lawmakers that Kim is eventually expected to rehabilitee Choe, but didn’t say when.

Kim’s reported decision to sideline Choe could be part of an attempt to shake up the country’s political elite ahead of next year’s Workers’ Party congress, the party’s first since 1980, to further consolidate his power, said Koh Yu-hwan, a North Korea expert at Seoul’s Dongguk University. Even if Choe is eventually reinstated, it’s unlikely that he will ever be as influential as he once was, Koh said.

South Korea’s spy agency has a mixed record of tracking developments in North Korea. Information about the secretive, authoritarian state is often impossible to confirm.

The spy service faced widespread criticism when it failed to predict North Korean artillery strikes on a South Korean island in 2010 because it ignored intercepted communications that indicated a possible attack.

The agency saved face in 2013 when it said Jang had been executed, days before North Korea announced the killing of Kim’s uncle for treason. In May, the agency said Kim ordered the execution of his defense chief, Hyon Yong Chol, for disloyalty two months before North Korean state media confirmed his replacement.