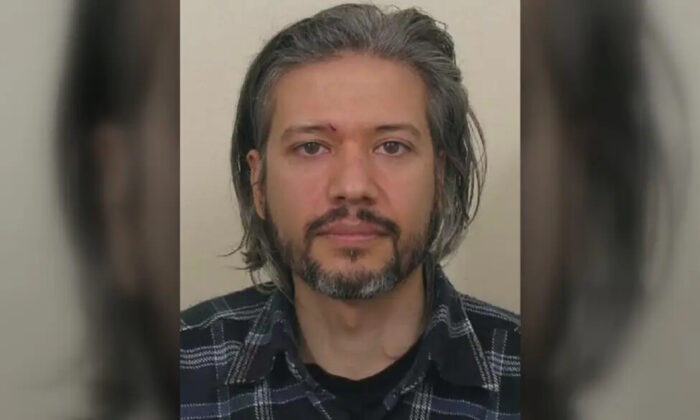 Aydin Coban is shown in this handout photo from the time of his arrest by Dutch police, entered into an exhibit at his trial in British Columbia Supreme Court in New Westminster. (The Canadian Press/HO-DUTCH POLICE)
Canada

A sentencing hearing is expected to begin today for a Dutch man found guilty of harassing British Columbia teenager Amanda Todd in the years before her suicide.

A B.C. Supreme Court jury convicted Aydin Coban last month of extortion, harassment, communication with a young person to commit a sexual offence and possession and distribution of child pornography.

Crown prosecutor Louise Kenworthy told the jury before it began deliberations that a “treasure trove of information” connected Coban to Todd’s harassment, including information found on two hard drives seized from his home.

Lawyers for Coban, who was extradited from the Netherlands to face the charges, argued the Crown’s evidence didn’t prove that he was the person behind numerous online accounts used to harass the teenager from Port Coquitlam, B.C.

Todd’s mother, Carol Todd, has said she will deliver a victim impact statement during the sentencing hearing that is expected to last until the end of the week.

Todd was 15 when she died by suicide in October 2012, not long after posting a video on YouTube that described how she was tormented by an online harasser.

She used flash cards to recount her ordeal in the video that’s since been viewed by millions, shining a light on the harms of online harassment and cyberbullying.

Coban was not charged in relation to Todd’s death.

Before Coban was extradited, a Dutch court sentenced him to almost 11 years in prison for similar online offences following a trial in Amsterdam in 2017, where he was accused in the online abuse of 34 girls and five gay men.

That court heard Coban, who is in his mid-40s, pretended to be a boy or girl and persuaded his victims to perform sexual acts in front of a web camera, then posted the images online or blackmailed them by threatening to do so.

He was convicted of fraud and internet blackmail and given the maximum sentence for what Dutch legal authorities described as “the devastating consequences of his behaviour” on the lives of his victims.