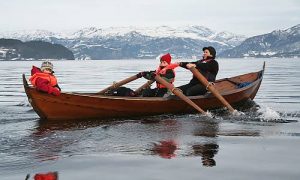 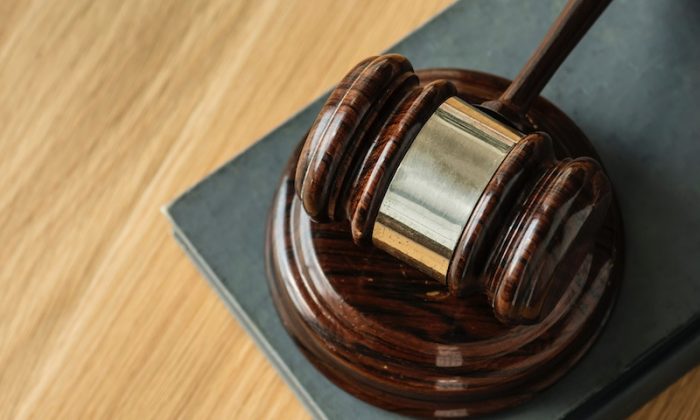 Sentence Delayed for Man Whose Newlywed Wife Vanished at Sea

MIAMI—A family dispute delayed sentencing on Jan. 29, for a man whose newlywed wife vanished at sea as the couple sailed a catamaran off the Bahamas.

U.S. District Judge Federico Moreno said he needs more information about visitation rights and creation of a trust fund for the couple’s young child. Sentencing was reset for May 28.

Bennett, 41, faces up to eight years in prison after pleading guilty to manslaughter in the May 2017 disappearance of Isabella Hellmann, his wife of three months.

A mining engineer with British and Australian citizenship, Bennett told the FBI and British journalists that he and Hellmann, a South Florida real estate agent, left their infant daughter, Emelia, with Hellmann’s family in Florida, and took their 37-foot catamaran, Surf Into Summer, for a Caribbean cruise.

As they passed the Bahamas on the return to Florida, Bennett sent out an emergency radio signal. Three hours passed before the Coast Guard found him on a life raft, not far from the sinking catamaran. He told rescuers he had left Hellmann on deck as he retired for the night to their cabin, that he was jolted awake when their craft hit something, and that Hellmann was gone when he went outside.

The family of a woman presumed to have drowned at sea is telling a judge an 8-year sentence for her husband’s involuntary manslaughter guilty plea is not enough. They want Lewis Bennett to go to trial, even if it means he’s not convicted in the disappearance of Isabella Hellmann. pic.twitter.com/Cts7uXLwFH

A sworn document signed by Bennett and filed in court says that he could not recall whether he called out for his wife. He did not deploy any flares and did not search for Hellmann in the water with either the catamaran or an attached dinghy.

The FBI later said an inspection showed the boat had deliberately scuttled: Holes had been made from the inside of both hulls.

Investigators also found—with Bennett on the life raft—$100,000 worth of coins, stolen from a yacht he had worked aboard in 2016. Bennett later pleaded guilty to the coin theft charge and received a seven-month prison sentence. The coins were returned to their owner.

Bennett was originally charged with second-degree murder but made a deal with prosecutors for the lesser manslaughter charge. Moreno said at the hearing that murder would have been difficult to prove, with nobody and no witnesses.

Some of Hellmann’s family members said in court Tuesday they felt Bennett was getting away with deliberately killing his wife.

“He’s not paying enough for what he did,” said one of her sisters, Dayana Hellmann Rodriguez. “I know he did something to my sister.”

In a brief statement, Bennett apologized for Hellman’s death and said is sole purpose now is playing a role in the life of their daughter, 2-year-old Emelia.

“Losing my soulmate is the greatest loss I’ve ever endured,” Bennett said of Hellmann.

Emelia now lives with Bennett’s parents in Edinburgh, Scotland. Much of Tuesday’s hearings focused on making arrangements for the Rodriguez family to have more contact with the girl.

Another factor in the sentencing delay was making sure the sale of the couple’s home in Delray Beach, Florida—estimated at about $160,000—would go to benefit the girl, along with more than $22,000 in cash seized when Bennett was arrested.

The judge said he would postpone sentencing until all those arrangements were made.

“I’d rather have the cash as opposed to a promise to pay,” Moreno said. “I will be better informed about when the restitution will be made.”