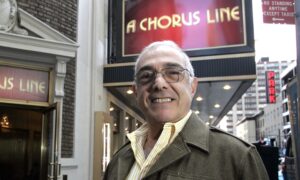 Sense8, a new series coming to Netflix, will begin filming in June and is supposed to be released sometime this year.

The series is created by Andy and Larry Wachowski, who were behind “The Matrix” films.

The sci-fi drama will focus on eight people scattered around the globe who are connected by a shared but violent decision, reported TVLine.

“Each episode — shot in the UK, Seoul, Mumbai, Nairobi, Berlin, Mexico City, San Francisco and Chicago — will follow the characters’ separate stories, even as one entity tries to bring the octet together and another tries to kill them.”

The characters are not cast yet, but some of them have been described. They include a Mexican hunk, an Icelandic party girl, a German safe cracker, a Korean businesswoman, and an African bus driver.

The show was described in a press release as “a gripping global tale of minds linked and souls hunted.”

J. Michael Straczynski, showrunner, worked on sci-fi series “Babylon 5” before, so cast from there and from “The Matrix” films may be considered.

The show is starting with one season of 10 episodes.

“We’re excited to work with Netflix and Georgeville Television on this project, and we’ve wanted to work with Joe Straczynski for years, chiefly due to the fact his name is harder to pronounce than ours, but also because we share a love of genre and all things nerdy,” said the Wachowskis in the announcement. “Several years ago, we had a late night conversation about the ways technology simultaneously unites and divides us, and out of that paradox Sense8 was born.”