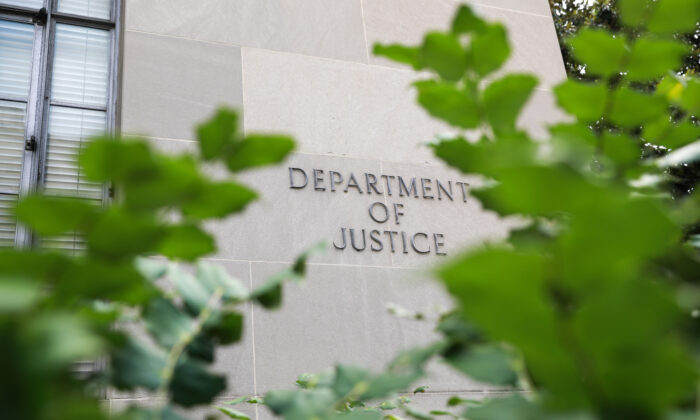 A senior FBI official accepted tickets to a baseball game from a CNN reporter and lied about it repeatedly during interviews with the Justice Department’s (DOJ) Office of Inspector General (OIG), according to a department report.

Michael Kortan, who was then the assistant director of public affairs, had accepted tickets to Washington Nationals games on at least two occasions from a CNN reporter, once in May 2016 and another game in Sept. 2016, according to the DOJ report of investigation obtained by the Daily Caller. It also found that Kortan showed “lack of candor” during multiple interviews under oath with investigators.

The report also found that Kortan had accepted a ticket for another Nationals game from a New York Times reporter in either 2014 or 2016.

Investigators discovered the improper gifts when they were reviewing text messages during their probe into the FBI’s handling of the Russian meddling and former Secretary of State Hillary Clinton’s emails investigations. Under federal regulations, government employees are prohibited from receiving gifts from prohibited sources, such as from members of the media.

The report cites the text messages between Kortan and the CNN reporter in May where he agreed to go a game with the reporter and in September where he was offered four tickets.

“I have an extra ticket for the tomorrow nights Nats game. Would you like to join?” the CNN reporter wrote in May. “Good seats.”

The CNN reporter wrote to Kortan again in September: “Nats v Marlins Friday night. I have to be away. Can you use four tix?”

The inspector general released an investigative summary (pdf) of the probe in Oct. 2018, without identifying Kortan at the time, which stated that the DOJ had declined to begin criminal prosecution. Kortan resigned from the FBI in Feb. 2018 amid the probe.

According to the report, Kortan initially told investigators that he reimbursed the CNN reporter for the Sept. 2016 tickets but he later admitted that he had not done so.

“The OIG … concluded that Kortan lacked candor under oath when he provided answers to OIG’s questions relating to the September 2016 tickets that were misleading and false,” the report reads.

Kortan also told investigators that he had reimbursed the reporters for the tickets in the other two instances, but the inspector general stated that it did not find any evidence in the former senior official’s communications with the reporters that confirm his claim. Moreover, Kortan did not provide any evidence such as bank records or canceled checks to substantiate his claim.

“The OIG found that it was more likely than not that Kortan improperly accepted tickets as gifts on a second occasion from the CNN correspondent, and once from the New York Times reporter,” the report stated.

Meanwhile, the inspector general also found that Kortan had lied about the identity of his guest who accompanied Kortan to the Sept. 2016 game and sought to “minimize” the value of the seats in an effort to downplay the nature of the Sept. 2016 tickets he received from the CNN reporter.