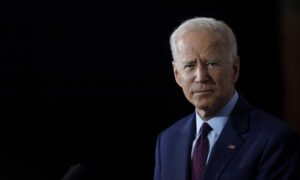 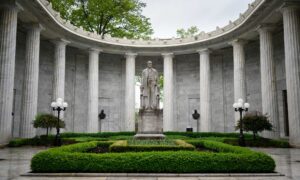 Revisiting William McKinley’s Victory Through the Lens of 2020
0 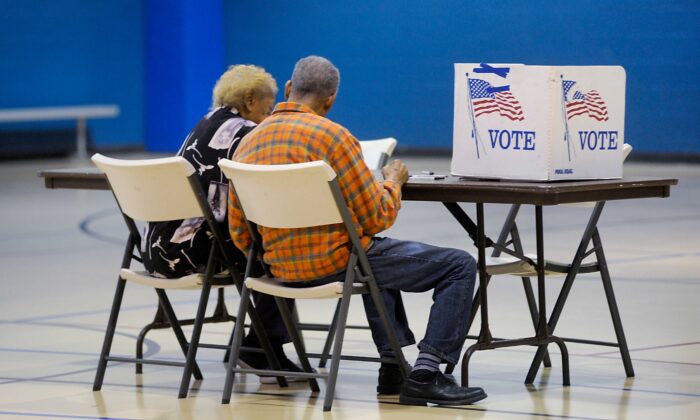 An elderly couple reads a ballot prior to voting in Durham, N.C., on Nov. 8, 2016. (Sara D. Davis/Getty Images)
Viewpoints

Senior Citizens Will Be the ‘Deciding Factor’ in 2020 Election

WESTMORELAND COUNTY, Pa.—The ad shows a drive-by of a rural, post-industrial unnamed town in this western Pennsylvania county. The woman in the ad says her name is Janie. She is a fisher who caught two legal Northern pike the day her daughter was born, voted for Donald Trump in 2016, and now believes the choice was wrong because of his attempt to try to cut Medicaid.

The most important bit of information in the ad is her age. She is 82 years old, and strategists and experts agree she and her peers may be the most important voting bloc in November’s election.

“Senior citizens will decide the next president of the United States,” asserts Jeff Brauer, political science professor at Keystone College in Factoryville, Pennsylvania.

While those 65 and older have long been a powerful voting bloc, this year, Brauer says, given the context of the election, their vote will make the difference.

“Senior citizens vote in presidential elections at the rate of 70 percent or more,” he says. “They consistently show up to vote more than any other age group, and the current senior population is growing as baby boomers continue to enter this age group.”

In critical swing states such as here in Pennsylvania, Wisconsin, Michigan, Florida, and North Carolina, seniors voted in even higher percentages than the national average, Brauer says. Four years after winning all of those states marginally, Trump cannot afford any softening in their support.

With the potential of the coronavirus resurging in the fall and the continuation of civil unrest, Brauer stresses that no matter how trying the times are, seniors will vote in November in their typical numbers, when other groups may not.

“I do think that seniors are the key demographic; the key swing group who will decide this question,” he said. “Right now, Donald Trump’s numbers with them are cratering, and they’re moving away from him. People that he used to be able to count on are not there for him.”

The poll was taken at the end of May during the height of the pandemic shutdown, and before the riots and protests that followed George Floyd’s death in police custody.

It was also taken before the surge of Democrats who support defunding police swept the nation.

Jamie Roe, a Michigan-based Republican strategist, agrees that it all rests on the senior vote. How Biden, his party, and whoever he picks for his running mate all handle the social unrest is key to whether seniors flee the president, Roe says.

“And I will tell you one thing right now that’s going to auger against that of Biden or the Democrats getting the senior vote is this ‘Defund the Police’ movement that they’ve got going,” he said. “That seniors need a stable system of law and order to keep them protected. They believe in law and order. And things like ‘Defund the Police’ is not going to sit well with American seniors.”

Brauer said, “As the panic over the pandemic slows down, and the economy begins to recover, there are indications that seniors’ support of Trump will bounce back, as well.”

He added: “As the country continues to experience social unrest, and some Democrats speak of defunding police departments, many seniors will migrate back toward Trump as they tend to be pro-police and pro-law and order. In addition, Biden has to be especially careful in choosing his running mate if he does not want to scare away large segments of senior support.”

Over the past several decades, Republican presidential candidates have been able to win the senior vote, with only a couple of exceptions: Bill Clinton and Al Gore slightly won the senior vote.

“In 2016, seniors were not particularly fond of Hillary Clinton as a candidate, and many in her own party even cast protest votes,” said Brauer. “Biden is much more appealing to seniors. They embrace that Biden is unpolished like Trump, but is less harsh in his demeanor.”

Brauer says seniors will have a keen eye on Biden’s vice president selection: “They are more apt to want a moderate choice and one that is ready to lead. If Biden goes too far left or too inexperienced with his running mate, many seniors, even those who voted for him in the primary, will think twice before giving him their votes in November.”

The race in 2016 came down to close finishes in three important swing states: Pennsylvania, Michigan, and Wisconsin. Trump was able to pull off a victory over the much-favored Clinton largely due to his strong support from senior citizens. Trump needs that same support in 2020. Even slight Trump erosions and/or Biden inroads with seniors will make the difference in the election.

Brauer warns if you want to know who is going to win in November, just keep watching what seniors are saying and doing, because “they will be the deciding factor in 2020.”