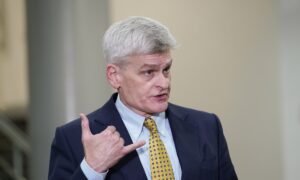 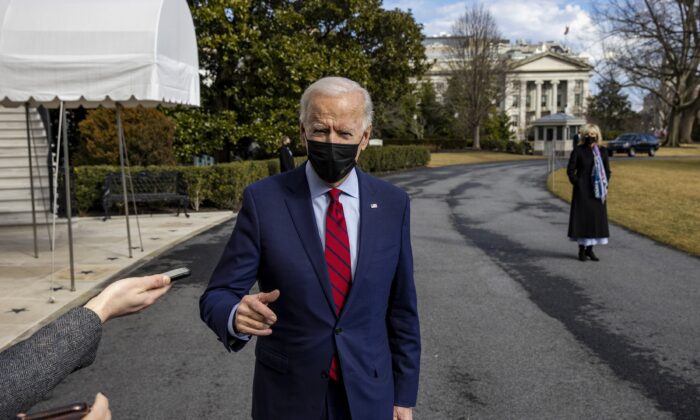 President Joe Biden speaks to reporters as he departs from the White House on Feb. 27, 2021. (Tasos Katopodis/Getty Images)
Executive Branch

A senior adviser to President Joe Biden said the White House will act without Congress to develop proposals for reparations, or direct payments to African Americans.

“We have to start breaking down systemic racism and barriers that have held people of color back and especially African Americans,” Richmond said. “We have to do stuff now.”

“He certainly would support a study of reparations,” she said. “He understands we don’t need a study to take action right now on systemic racism, so he wants to take actions within his own government in the meantime.”

The idea of reparations has been flagged as problematic for a variety of reasons, including how recipients of reparations would be selected, how much would be doled out, who would foot the bill, and how much it would actually cost.

House Majority Whip Jim Clyburn (D-S.C.) said in 2019 to the Post and Courier that “pure reparations would be impossible to implement, but we can deal with the issue [of racial inequality] if we just admit, first of all, that it exists and then come up with some straightforward ways to deal with it.”