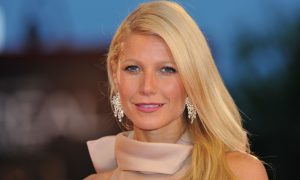 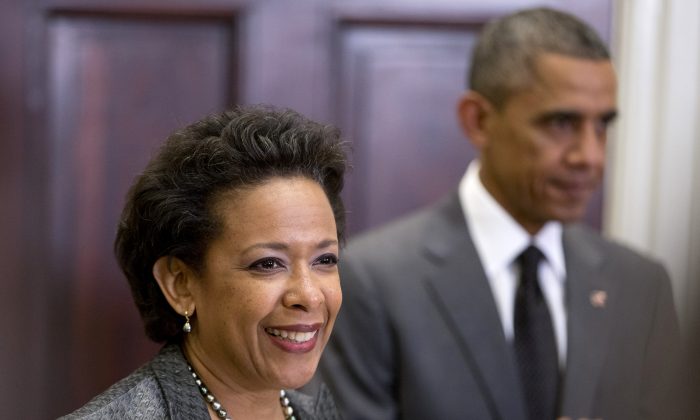 President Barack Obama listens as US Attorney Loretta Lynch speaks in the Roosevelt Room of the White House in Washington, on Saturday. The president announced he would nominate Lynch to replace Attorney General Eric Holder. (AP Photo/Carolyn Kaster)
US

Which Senate Will Consider Lynch’s Nomination?

As soon after President Barack Obama nominated U.S. Attorney Loretta Lynch to replace Attorney General Eric Holder, the challenges she might face in the Senate became clear. On the positive side, she is distinguished, highly respected, and she is not a political insider from the Obama administration. But some of the same senators who found Holder unacceptable have raised questions.

A Senate will have to confirm or refuse to confirm her nomination, but should it be the current Senate, or the next one?

According to Sens. Ted Cruz, (R-TX) and Mike Lee, (R-UT), it must be the next Senate, the one elected last Tuesday. Their work will begin in 2015.

“President Obama’s Attorney General nominee deserves fair and full consideration of the United States Senate, which is precisely why she should not be confirmed in the lame duck session of Congress by senators who just lost their seats and are no longer accountable to the voters,” they said in a joint statement.

Not everyone agrees with this.

“The Constitution compels the Senate to live up to its responsibility to advise and consent at all times, including so-called lame duck sessions. The Senate should move swiftly to confirm this highly qualified nominee,” stated Alliance for Justice, an association of progressive organizations dedicated to advancing justice and democracy, according to its mission statement.

“She’s handled a lot of tough cases,” Caroline Fredrickson, president of the American Constitution Society, said, according to MSNBC. “I don’t think there will be any fight over the fact that she’s a terrific prosecutor.”

But the same issues that divided Congress may be raised about Lynch’s confirmation. Cruz also stated that he expected Lynch to explain her position on amnesty for undocumented immigrants. Obama has said he wants people in the country illegally to have a path to staying here legally. Cruz and other conservatives oppose the idea.

Senate Judiciary Committee Ranking Member Chuck Grassley expressed both congratulations and doubts in a statement upon Lynch’s nomination Friday. He said, “Being selected to serve as our nation’s top law enforcement officer is both a tremendous honor and responsibility. As we move forward with the confirmation process, I have every confidence that Ms. Lynch will receive a very fair, but thorough, vetting by the Judiciary Committee.” Grassley has chosen to become chairman of that committee, one of three he could have selected.

“U.S. Attorneys are rarely elevated directly to this position,” stated Grassley with a touch of irony. Democratic U.S. Senate hopeful Bruce Braley had warned that if he were not elected, and the Senate flipped to a Republican majority, then Grassley, “a farmer from Iowa who never went to law school” might lead the Judiciary Committee. The statement gave offense to Iowans and farmers, Braley lost, and his prediction came true. Non-lawyers are rarely elevated to lead the Judiciary Committee.

Grassley went on to say, “I’m hopeful that her tenure, if confirmed, will restore confidence in the Attorney General as a politically independent voice for the American people.” He was referring to concerns that Holder politicized a department that should be impartial. Justice is meant to be blind, and critics considered Holder’s focus on voter ID laws and other voting law changes and civil rights issues and police misconduct to be partisan, meant to further a Democratic agenda. The controversies of his tenure are almost to many to name, but all of them had to do with issues Republicans saw very differently than Democrats.

The Department of Justice investigation into alleged broad civil rights violations in Ferguson, Missouri will continue after Holder departs.

There’s no doubt that selecting someone with civil rights experience could reaffirm the government’s commitment to that cause. That figures to be an especially important signal to send as community members in Ferguson brace for the real prospect that state and federal investigations into the shooting death of Michael Brown will close without criminal charges, outcomes that could disillusion civil rights activists and community members.

Holder has said he expects the federal investigation into Brown’s death to conclude before he resigns, but Lynch still would inherit a civil rights probe into the practices of the entire Ferguson Police Department.

That investigation is one of roughly 20 that the Justice Department has initiated into troubled police departments in the past five years, more than twice the number undertaken in the five years before that. Those cases are part of a broader civil rights push — including challenging strict state voter identification laws and promoting changes in how federal prosecutors negotiate sentences — likely to help shape Holder’s legacy.

Holder’s supporters expect Lynch to continue that work, though her experience in two different stints as U.S. attorney goes well beyond that.