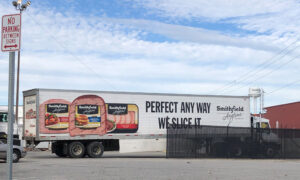 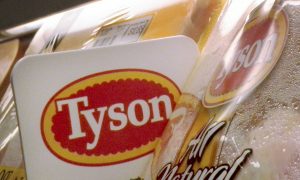 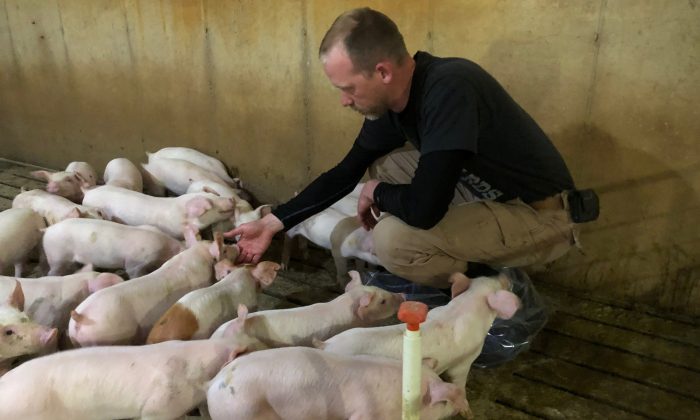 Hog farmer Mike Paustian interacts with some of his piglets in his farm in Walcott, Iowa, on May 17, 2019. (REUTERS/Tom Polansek)
AMERICA

U.S. Senators Joni Ernst (R-Iowa) and Chuck Grassley (R-Iowa), along with 12 of their colleagues, are calling in a bipartisan effort for additional financial assistance for Iowa pork producers who are enduring the brunt of restaurant and meat processing plant closures during the pandemic.

“The crisis is immediate,” Sen. Joni Ernst said May 11. “I sent a bipartisan letter urging additional support for producers who are being forced to depopulate livestock herds.”

In a letter to Senate and House leaders, the 14 lawmakers requested additional funding for programs at the U.S. Department of Agriculture (USDA) that would provide relief for producers who are being forced to depopulate livestock herds.

“Pork producers send to market over two million pigs each week. If twenty percent of processing is idle, that means somewhere around 400,000 animals per week must be disposed of in some manner other than processing,” the senators wrote. “Accordingly, government support is needed in the management of a sensible depopulation of the herd until plant operations stabilize.”

“U.S. hog farmers are in dire straits and face the tragic need to euthanize animals due to circumstances beyond their control,” National Pork Producers President Howard “AV” Roth, a hog farmer from Wauzeka, Wisconsin, said in a public statement.

Roth continued, “We thank Sens. Grassley, Ernst, and Smith for leading efforts to compensate pork producers and help them weather this crisis. Without this and other much-needed assistance, we face consolidation and contraction of a critical farm sector.”

“Given these significant social and economic consequences, we must prioritize funding to indemnify producers who are depopulating herds due to processing plant closures. Assistance is needed for humane euthanization and disposal, which will require the coordination of the human, animal, and environmental health communities,” the senators wrote.

National Pork Producers President-Elect Jen Sorenson said, “We need significant help to support U.S. pork producers that generate more than 500,000 jobs and $23 billion in personal income across America. We appreciate the tireless efforts of Sens. Grassley and Ernst to help hog farmers throughout this crisis.”

After Trump on April 28 signed an executive order invoking the Defense Production Act to keep meat plants open to ensure ample supply amid the pandemic, several major meat plants that were temporarily shuttered due to the outbreak began resuming operations.

In the May 11 letter, the senators pointed to the pork industries $5 billion loss due to the pandemic. The senators said that the Wuhan virus has also led to an “animal welfare crisis” due to the market disruption.

“There is still a concern for keeping workers safe and having processing plants working at full capacity,” the senators wrote. “The downstream impact of idled plants is full farms, creating an animal welfare crisis due to overcrowding and the challenge of providing enough feed and water available to each animal.”