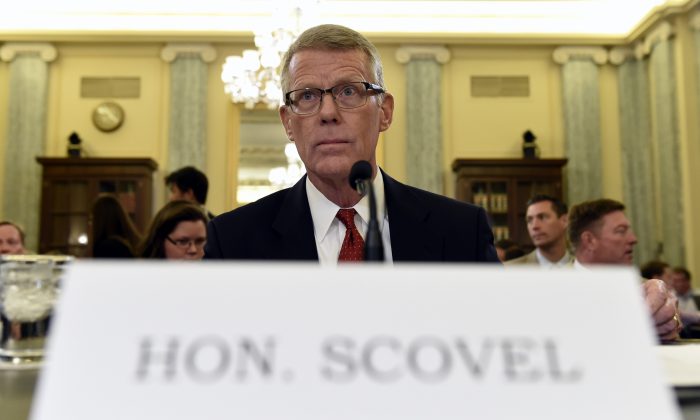 Senators: Safety Agency Must Shape up to Get More Funding

The Senate Commerce Committee met to grill Takata on its ongoing recall of 33.8 million air bags, the largest recall in U.S. history. At least eight people have been killed and 100 injured by the air bags, which can explode with too much force and spew shrapnel into the vehicle. The problem has persisted for more than a decade and impacts 11 automakers, including Honda, BMW and Toyota.

But much of the committee’s ire was directed at the National Highway Traffic Safety Administration and its numerous missteps in the Takata investigation as well as last year’s recall of General Motors Co. vehicles for defective ignition switches. NHTSA first learned of a possible problem with Takata air bags in 2004 and investigated the issue in 2009, but didn’t accelerate the recall process until last year.

Sen. Bill Nelson, a Florida Democrat, opened the hearing with graphic photos of a constituent, Clarabel Nunez, who was hit in the forehead with shrapnel last July when her air bag exploded in Miami. Nelson showed a large photo of Nunez’s blood-stained air bags and held up the piece of shrapnel that hit Nunez, noting it was only inches from her eyes and neck.

“The bottom line is we need to get these cars fixed and we’ve been talking about this since last year,” Nelson said.

Nelson said he will fight hard to get more money for NHTSA, which has just one person reviewing the 80,000 consumer complaints it receives each year. Nelson said he supported President Obama’s 2016 budget request, which would increase the agency’s funding by 9 percent to $908 million and hire 57 new vehicle defect investigators.

But other senators cited a critical audit of the agency released this week by the Transportation Department’s inspector general. The report noted many problems at NHTSA, including lack of training, failure to follow through on consumer complaints and failure to hold automakers accountable. It recommended 17 actions, including revamping consumer complaint forms to give investigators more information and improving data gathering so NHTSA can spot potential defects more quickly.

NHTSA Administrator Mark Rosekind said he plans to implement all 17 recommendations. But he noted that the agency’s budget, adjusted for inflation, is 23 percent lower than it was 10 years ago.

Sen. Claire McCaskill, D-Mo., said NHTSA shouldn’t get more funding until changes are made. McCaskill said the inspector general’s assessment was one of the most damning audits she had seen of a federal agency.

“This isn’t about resources. This is about blatant incompetent management,” she said. “I’m not about to give you more money until I see meaningful progress.”

Rosekind said the agency is prepared to oversee the Takata recall even without additional funding. NHTSA announced last month that it would coordinate repairs of vehicles with Takata air bags.

I’m not about to give you more money until I see meaningful progress.
— Sen. Claire McCaskill

Takata still hasn’t determined exactly why its air bags exploded too forcefully. That led Sen. John Thune, R-S.D., to question whether Takata is replacing defective air bags with new air bags that may have to be recalled in the future.

“We need to know why this happened and make sure it doesn’t happen again,” Thune said.

Takata Executive Vice President Kevin Kennedy says the company has changed its air bag design and is no longer using the batwing-shaped inflator that was involved in the eight fatal accidents and most of the injuries.

“We feel very confident in the inflators we are making today,” he said.

Sen. Richard Blumenthal, D-Conn., asked Kennedy to commit to a compensation fund for victims just as General Motors. GM hired compensation expert Kenneth Feinberg to make payments to victims of crashes caused by faulty small-car ignition switches. As of June 19, the fund had made compensation offers to the families of 117 people killed in crashes linked to the defect.

Kennedy said he would take a request for such a fund back to his management team and CEO and get back to the committee with an answer within two weeks.