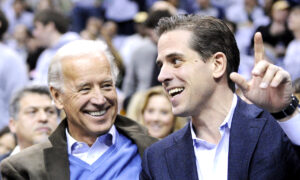 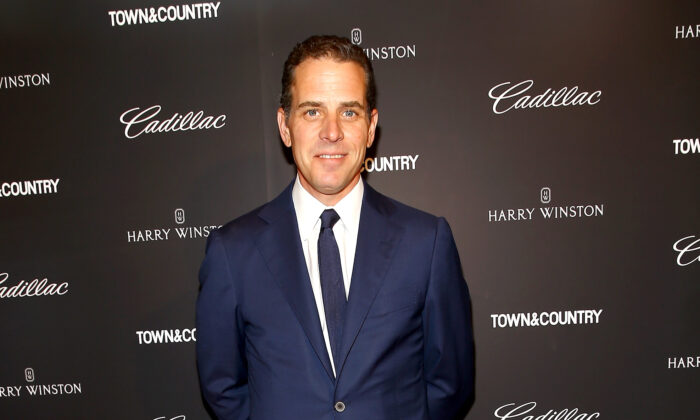 Two Republican senators on Nov. 6 requested documents and answers from the State Department related to the department’s interactions with Hunter Biden potentially related to his paid position on the board of a Ukrainian gas firm at the time his father, Joe Biden, served as the vice president of the United States.

The Nov. 6 letter by Sen. Charles Grassley (R-Iowa) and Sen. Ron Johnson (R-Wis.) references documents made public two days prior as the result of a Freedom of Information Act (FOIA) lawsuit. The records revealed emails and meetings featuring top State Department officials; Hunter Biden; his business partner, Devon Archer; and a U.S. representative for Burisma Holdings, the Ukrainian gas firm which paid Biden to sit on its board of directors.

“E-mails recently obtained and made public through a FOIA request indicate that Burisma’s consulting firm used Hunter Biden’s role on Burisma’s board to gain access and potentially influence matters at the State Department,” the two senators wrote.

Grassley and Johnson say they want to examine the documents “to better understand what actions, if any, the Obama administration took to ensure that policy decisions relating to Ukraine and Burisma were not improperly influenced by the employment and financial interests of family members.” The senators asked for a response to their inquiry no later than Nov. 20.

Hunter Biden took a paid position on the board of Burisma in May 2014. While it is unclear how much he received, bank records for the firm controlled by Archer show payments exceeding $166,000 per month arriving from Burisma. Biden’s involvement with the firm is in the spotlight because President Donald Trump’s call for Ukraine to investigate the matter triggered the impeachment inquiry.

Grassley and Johnson reference documents obtained by investigative reporter John Solomon, one of which shows that a U.S. representative for Burisma reached out to the State Department and used Hunter Biden’s name while lobbying a department official to drop corruption allegations against Burisma. Earlier the same month, Ukrainian authorities seized the property of Burisma’s owner, Mykola Zlochevsky.

The email chain shows State Department officials discussing Burisma’s overture suggest that a meeting took place on March 1, 2016, between Undersecretary of State Catherine Novelli and the Burisma representative, Karen Tramontano. The senators now want to know if the meeting took place, who attended, and what was discussed. The are also requesting records related to the meeting.

Burisma’s communications with the State Department are notable because both before and after the messages in the email chain, then-Vice President Joe Biden pressured Ukraine to fire top prosecutor Viktor Shokin, the official who was investigating Burisma at the time. During his visit to Ukraine in December 2015, Biden threatened to withhold $1 billion in loan guarantees unless Ukrainian authorities fired Shokin. Biden continued to pressure Ukraine until March 29, 2016, when the Ukrainian Rada approved Shokin’s resignation.

In a sworn statement, Shokin alleged that pressure from Biden resulted in his ouster because Shokin had refused to drop the Burisma investigation.

Grassley is also requesting information about a meeting that documents suggest took place between Secretary of State John Kerry and Archer on March 2, 2016. Kerry’s stepson, Chris Heinz, distanced himself from Archer and Biden due to their dealings with Burisma, according to a statement from his lawyer provided to The Washington Post.

The lawmakers also requested information on two meetings that documents suggest took place in May and July 2015 between Hunter Biden and Deputy Secretary of State Tony Blinken.

Grassley is already scrutinizing Hunter Biden’s involvement in the acquisition by a Chinese conglomerate of Henniges, a U.S. manufacturer of anti-vibration technologies with military applications.