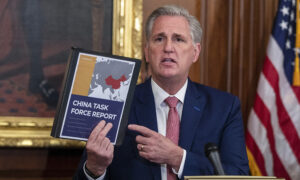 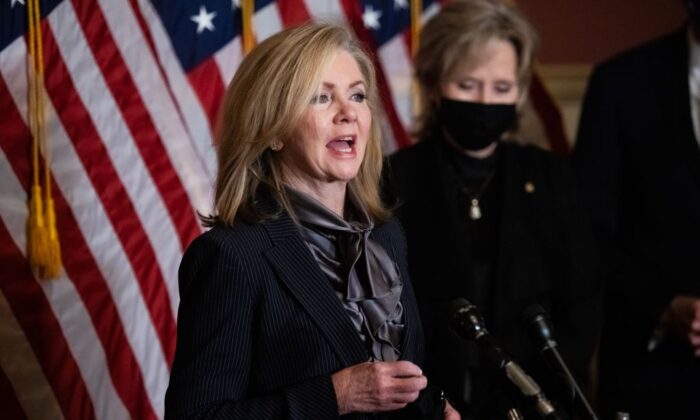 Senators Seek Transparency in US Sister-City Relationships With China

Four senators have introduced a bill demanding greater scrutiny over the sister city programs between the United States and China.

The United States has 157 such partnerships with Chinese communities, according to Sister Cities International, a U.S. nonprofit that serves cities, counties, and states with sister relationships.

In name, the partnerships are meant to promote cultural exchange and economic collaboration, but the Chinese regime has exploited these relationships as the “newest political weapon,” said Sen. Marsha Blackburn (R-Tenn.), who spearheaded the legislative effort, in a Nov. 17 press release.

“It is imperative we shed light on these partnerships to determine whether they leave American communities vulnerable to foreign espionage and ideological coercion,” she added.

Dubbed the Sister City Transparency Act, the bill (pdf) would require the director of the Government Accountability Office to conduct a study on foreign sister city operations in the United States and assess the potential risks of foreign espionage and economic coercion.

“The Chinese Communist Party wants to spread its influence wherever it can,” said Sen. Josh Hawley (R-Mo.) in the press release. He added that “there is reason to believe Beijing is using partnerships … to spread lies, steal ideas, and gather information it can use against Americans.”

Sen. Marco Rubio (R-Fla.), another bill co-sponsor, also noted that the “Chinese government and Communist Party has a history of exploiting cultural and economic partnerships to conduct malign activities.”

“We must do more to better understand, and then counter, Chinese influence operations at the state and local level, which are often conducted under the benign auspices of sister city relationships,” he said.

Communist China regularly exploits its sister-city partnerships around the world to aggressively advance its own agenda.

Our bill would give us a better understanding of China’s reach into the US and allow us to address that accordingly. https://t.co/7k8isI8RbC

Blackburn and Hawley initially raised concerns about sister city partnerships with China to the U.S. Conference of Mayors, who told (pdf) them to readdress their worries with Sister Cities International.

In February, Secretary of State Mike Pompeo warned about these Chinese sister programs during a speech at the National Governors Association’s winter meeting. He explained that Chinese Communist Party (CCP) officials were “cultivating relations with county school board members and local politicians” through these programs.

For decades, the Chinese regime has been piggybacking off sister city agreements to drive its establishment of Beijing-funded Confucius Institutes (CI) worldwide.

In January 2007, Chinese state-run media Xinhua reported that 123 CIs were established in 49 countries and regions as of July 2005, a sign of China’s “soft power.” The article explained that many Chinese schools, with government support, were establishing CIs and signing language-learning agreements through sister-city programs.

China’s Ministry of Education, when announcing its global CI development plan for 2012 to 2020, pointed out that sister-city programs should be one of the mechanisms that regional authorities “take advantage of” in order to establish more CIs.

In August, the State Department designated a Washington-based nonprofit that promotes CIs as a foreign mission, as CIs faced growing scrutiny over how they spread Chinese propaganda, restrict academic freedom, and facilitate espionage in U.S. classrooms.

The National Association of Scholars (NAS), an education advocacy group, recently updated its website and stated that there were a total of 67 CIs in the United States as of Sept. 7, while another 54 CIs have closed or are in the process of closing.

Beijing has also sought to include certain Chinese political narratives in sister-city agreements.

Prague, capital of the Czech Republic, dropped its sister-city agreement with China’s capital Beijing when the latter refused to re-negotiate wording related to the “one China policy” in the agreement last year, according to Taiwanese media.

Beijing sees Taiwan as a part of its territory and has forced foreign governments, international organizations, and companies to adopt its “one China” principle, as a way to legitimate its territorial claim over the island. Taiwan is a de-facto independent country with its own democratically-elected officials, military, and currency.