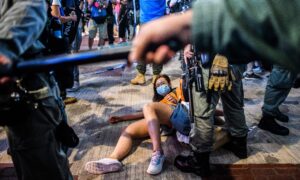 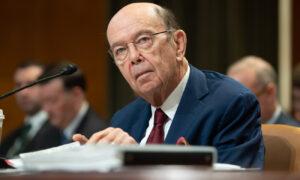 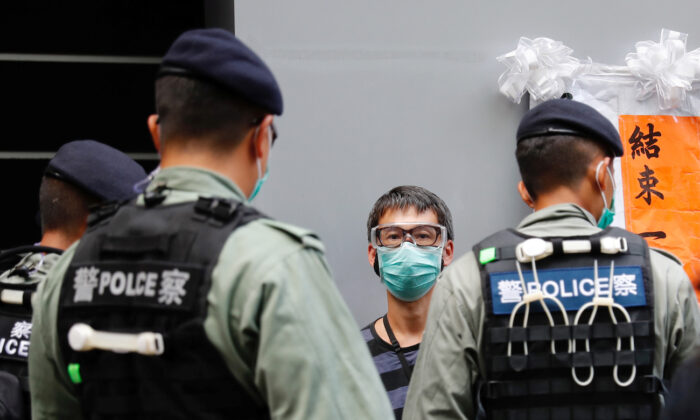 A bipartisan group of U.S. senators launched a bill on June 30 to grant refugee status to Hong Kong residents at risk of persecution by Beijing’s new national security law for participating in protests.

The legislation, named the “Hong Kong Safe Harbor Act,” was introduced Tuesday just hours after Hong Kong published the text of of Beijing’s national security law, which stipulates that offenders, if convicted of secession, subversion, terrorism, and collusion with foreign forces, could be imprisoned for life.

Companion legislation has been introduced in the House with bipartisan support.

#HongKong represents a struggle for democracy. The people of Hong Kong have demonstrated a desire to fight for the freedom-based American values we hold dear. 🇺🇸🇭🇰Today we introduced The Hong Kong Safe Harbor Act to empower Hong Kongers to continue their fight for freedom…1/3

The move came in response to the Chinese regime’s draconian national security law on Hong Kong, which went into effect at 11 p.m. local time on June 30 following ceremonial votes by China’s rubber-stamp legislature, the National People’s Congress (NPC) on the same day.

Among the different provisions under the law, the Chinese regime has ultimate jurisdiction over security cases and will establish a security bureau that would instruct and supervise the Hong Kong government over the law’s implementation.

The passage of the law immediately drew criticism from the pro-democracy camp in Hong Kong, with lawmaker Tanya Chan equating the law to a “death certificate” for “one country, two systems.”

“The world witnessed the courage of Hong Kong’s pro-democracy activists, who last year took to the streets to defend their autonomy from China’s authoritarian grip,” Rubio said in a statement.

“Following last night’s implementation of Beijing’s National Security Law, the U.S. must help Hong Kongers preserve their society at home and find refuge for those who face persecution for exercising the rights once guaranteed under the Joint Declaration,” he added.

The Hong Kong Safe Harbor Act of 2020 championed and endorsed by @hkdc_us was just introduced by @RepJohnCurtis @JoaquinCastrotx and a group of bi-partisan members in both Senate and the House just NOW. Here is the HKDC factsheet. Support our work: https://t.co/cvLuOhGsxJ pic.twitter.com/lfKdv3DGZG

Under the legislation, Hong Kongers who have “a well-founded fear of persecution” will be eligible for Priority 2 Refugee processing in Hong Kong or a third country, and the bill waives immigration intent as a factor in granting non-immigrant visas.

“Refugees from Hong Kong will not be subjected to the numerical limitation,” a release states.

Cardin said in a statement that Beijing’s new legislation represents the “newest and most serious threat to free expression for the people of Hong Kong.”

“Through the Hong Kong Safe Harbor Act, we make clear that where Beijing sees ‘national security threats,’ the United States sees unnecessary targeting of peaceful demonstrations and exercising free speech,” he said. “This bipartisan legislation demonstrates unequivocally that the United States will not abandon those standing up for their civil rights.”

“Today marks a sad day for Hong Kong, and for freedom-loving people across China,” Pompeo stated in a press release from the State Department.

“Hong Kong demonstrated to the world what a free Chinese people could achieve—one of the most successful economies and vibrant societies in the world,” he observed. “But Beijing’s paranoia and fear of its own people’s aspirations have led it to eviscerate the very foundation of the territory’s success, turning ‘One Country, Two Systems’ into ‘One Country, One System.'”

Under the Sino-British Joint Declaration, which set the terms of Hong Kong’s transfer to Chinese rule in 1997, the regime agreed to grant the city autonomy and freedoms not enjoyed in the mainland, under the formula of “one country, two systems.”

Pompeo said in his statement that the CCP’s move to enact the national security law “demonstrates once again that Beijing’s commitments—in this case, the 1984 Sino-British Joint Declaration and the Basic Law—are empty words,” referring to the treaty that governed Hong Kong’s handover and is supposed to guarantee Hong Kong people 50 years of freedom.

“The United States will not stand idly by while China swallows Hong Kong into its authoritarian maw,” he said, adding that the United States has already taken a number of actions in response, which include imposing visa restrictions on CCP officials for eroding Hong Kong’s autonomy and freedoms, revoking Hong Kong’s special trading status, and imposing similar export restrictions on the city as it does on China on U.S. defense and dual-use technologies.

Pompeo said that the United States “will continue to stand with the freedom-loving people of Hong Kong and respond to Beijing’s attacks on freedoms of speech, the press, and assembly, as well as the rule of law.”