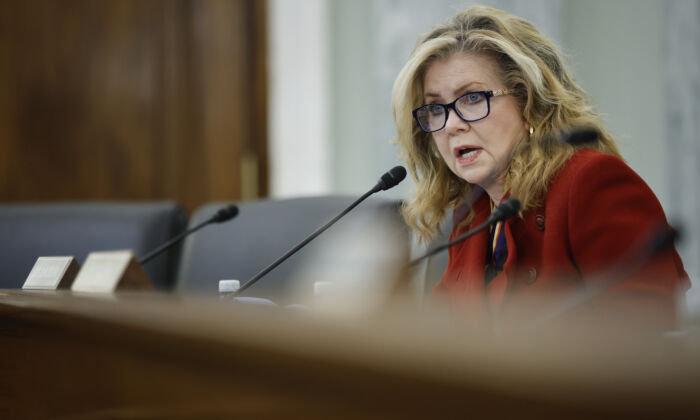 If it becomes law, this new bill would obligate the Securities and Exchange Commission (SEC) to require that publicly traded companies in the United States disclose the presence of any CCP-affiliated organizations in their activities or corporate structure. Publicly-listed firms would also have to disclose any fiduciary duties and decisions taken at the level of corporate governance in which the CCP or other foreign entities may play a role.

Chinese law requires the establishment of Party cells in private companies that have three or more CCP members. As of 2016, around 75,000 foreign businesses—accounting for over 70 percent of the roughly 106,000 foreign firms in China—have established Party units, according to state-run media.

The bill’s sponsors have expressed concern over the fact that companies in China are increasingly influenced by and under the sway of the CCP and that, given the growing ubiquity of cross-border business and financial activity, it is all too easy for such companies to gain or expand a foothold in businesses listed on U.S. exchanges.

“U.S.-listed companies should not act as tools of the Chinese Communist Party, and American investors are entitled to know if that is the case. My bill provides a common-sense solution to yet another attempt by Beijing to subvert the United States by deepening its influence over the American financial marketplace,” Rubio said in a Feb. 14 statement.

The bill would require three disclosures that all firms listed on exchanges in the United States, including both domestic and foreign issuers, must make in their annual reports. Firms would have to disclose whether their board owes a fiduciary duty to shareholders or might otherwise be examined in connection with conflicted controller transactions; to disclose whether they have formed or maintained a CCP organization in the year that the report covers; and to reveal the presence of any such organization in their operations, and, if so, what is the exact nature of that Party organization’s activities.

Blackburn also decried the influence of the CCP on seemingly legitimate business transactions in the United States.

“Communist China continues to exert control over American companies by forcing them to develop communist party organizations within their ranks. American investors have the right to know whether or not their hard-earned money is propping up companies that the CCP controls,” she said in the same statement.

The introduction of the bill comes amid heightened concern about the role of the CCP in stateside financial activity.

Just last week, Reps. Scott Fitzgerald (R.-Wis.) and Greg Stanton (D.-Ariz.) participated in a Hudson Institute virtual event in which they described the nature and purpose of their own new legislation, the Foreign Merger Subsidy Disclosure Act of 2021. This bill, introduced last October and referred to the House Judiciary Committee, would require any company attempting to merge with U.S. firms to reveal to U.S. antitrust regulators whether it has received financial support from a foreign regime.