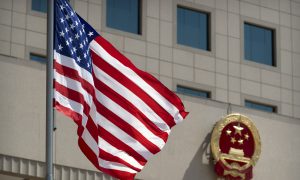 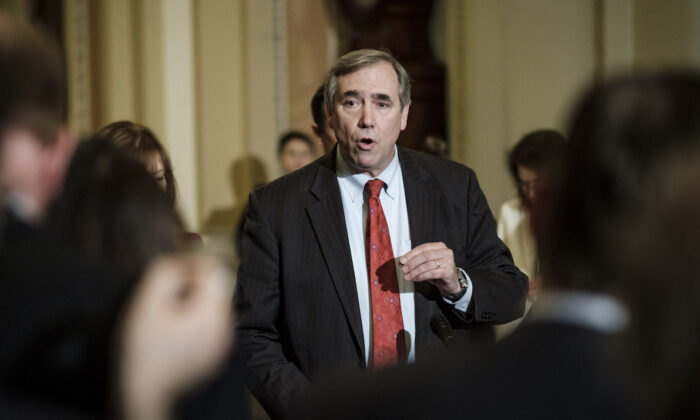 Senators Introduce Bill to Counter China’s Censorship of US Companies

A bipartisan group of U.S. senators has introduced legislation to address the Chinese Communist Party’s (CCP) censorship of Americans and U.S. companies.

The proposed legislation (pdf) would require the president to establish an interagency task force called the China Censorship Monitor and Action Group to address the censorship.

The bill would also require a report by a research entity to document major trends, patterns, and efforts by the Chinese regime to limit the free speech of Americans who conduct business in China, who may be critical of the CCP.

“The ability to express oneself and make one’s voice heard is a fundamental human right—one that billions around the world cherish, and billions more yearn for,” Merkley said in a statement. He currently serves on the Senate Foreign Relations Committee and will soon be the chair of the Congressional-Executive Commission on China.

“We must monitor and address the impacts of China’s censorship and intimidation of Americans and our companies, so we can create a strategy to safeguard this bedrock freedom and hold those accountable who suppress and destroy it,” he said.

“The Chinese government and [CCP] continue to use censorship and intimidation to bully American companies on issues deemed sensitive to the CCP,” Rubio said in a statement. “By highlighting Beijing’s coercive efforts against American citizens and companies, this interagency task force will shine a light on the long arm of China’s authoritarian reach.”

The senators wrote in the bill that the task force would have its chair and vice chair be appointed from among the staff of the National Security Council. The president should also appoint people from various governmental agencies, including the departments of State, Commerce, Treasury, and Justice, as well as the Office of the U.S. Trade Representative, the Office of the Director of National Intelligence, the Federal Communications Commission, and the U.S. Agency for Global Media.

A similar bill stalled in 2019. At the time, Chinese media and online platforms temporarily suspended broadcasting National Basketball Association games after Houston Rockets general manager Daryl Morey posted a message on Twitter in support of the Hong Kong democracy protesters. The CCP reportedly called for Morey to be fired, and the NBA also lost all its Chinese sponsors.

The proposed legislation would require, within 90 days of its enactment, that the secretary of state commission a research entity to report on efforts by the Chinese regime to intimidate and censor Americans and U.S. companies.

Part of the report must include “best practices for industries in which freedom of expression issues are particularly acute, including the media and film industries,” the legislation reads.

The report should be submitted within one year to relevant congressional committees and be made accessible to the public through governmental websites.