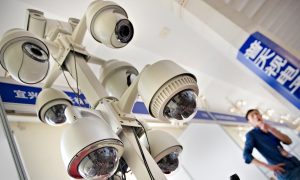 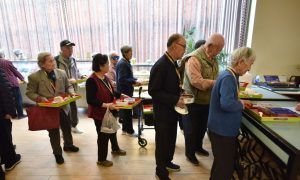 China’s Pension Funds May Be Exhausted by 2035
0 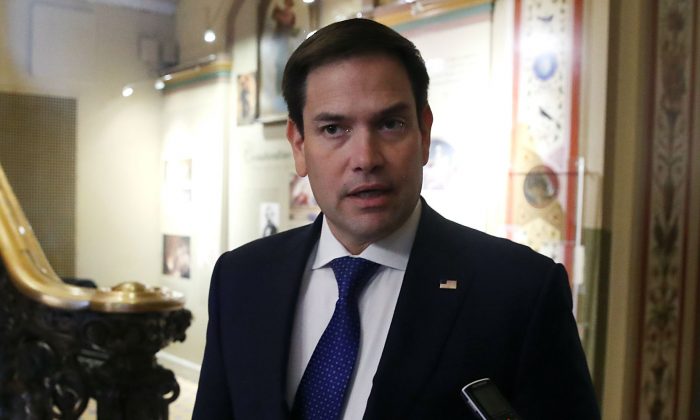 Bipartisan U.S. senators have called on the main pension fund for federal government employees to reverse a decision that would open billions in investments to fund Chinese companies that they say support China’s military, espionage, and human rights abuses.

Sens. Marco Rubio (R-Fla.) and Jeanne Shaheen (D-N.H), in an Aug. 26 letter to the chairman of the Federal Retirement Thrift Investment Board (FRTIB), Michael Kennedy, criticized the agency’s November 2017 decision to shift the investment strategy for one of its portfolios to mirror an index that includes controversial Chinese companies.

“It is well known that the Chinese government uses state-owned and state-directed enterprises to control production, compete in global markets, and serve the Chinese Communist Party’s military, political, and economic goals,” the letter stated.

“This change, which is expected to be implemented next year, will expose nearly $50 billion in retirement assets of federal government employees, including members of the U.S. Armed Forces, to severe and undisclosed material risks” associated with those Chinese companies.

The letter comes as the escalating U.S.–China trade war threatens to spill over into the financial sector, weeks after the U.S. Treasury designated the Chinese regime as a “currency manipulator” for letting the yuan slide to the lowest level in 11 years. The move came days after President Donald Trump announced an upcoming imposition of new tariffs on $300 billion of Chinese goods.

FRTIB is an independent agency that administers the retirement savings plan similar to a 401(k) for federal employees and military personnel. The board manages about $578 billion in assets and has around 5.4 million participants, making it one of the largest pension funds in the United States.

In 2017, the board decided to shift the investment strategy for one of its funds to mirror the MSCI All Country World ex-U.S. Investable Market Index (ACWI ex-US IMI). Around 7.6 percent of the stocks that form the ACWI ex-US IMI are those of Chinese companies.

“The Federal Retirement Thrift Investment Board made a short-sighted—and foolish—decision to effectively fund the Chinese government and Communist Party’s efforts to undermine U.S. economic and national security with the retirement savings of members of the U.S. Armed Services and other federal employees,” Rubio wrote in an emailed statement.

“Many Chinese companies included in MSCI indexes are not just involved in China’s military, espionage, and human rights abuses, they are also state-owned or state-directed enterprises used as tools by the Communist Party to undermine American companies and workers. The Federal Retirement Thrift Investment Board should publicly reverse this decision immediately.”

The letter stated that the ACWI ex-US IMI or its sub-indexes have included shares in Hong Kong-listed AviChina Industry & Technology Ltd., the listing company for state-owned Aviation Industry Corporation of China (AVIC). AVIC and its subsidiaries develop aircrafts and weapons systems for the Chinese military. According to the letter, the firm and its subsidiaries have been repeatedly sanctioned for proliferation activities in relation to Iran, North Korea, and Syria.

The index, the letter added, also included China Mobile Ltd., a state-owned telco company that the Federal Communications Commission in May voted to bar from entering the U.S. market, citing national security concerns.

Also included in the index is Hangzhou Hikvision Digital Technology, a state-run technology firm that operates tens of thousands of surveillance cameras in the northwestern region of Xinjiang, the letter stated. Millions of Uyghurs and other Muslim minorities in the region are subject to mass surveillance by the Chinese regime in a purported attempt to crack down on “extremism.” The regime’s campaign has led to an estimated 1 million people detained in internment camps.

The letter also pointed out the risk of fraud associated with companies listed on Chinese exchanges, which aren’t subject to the same financial disclosure requirements U.S. companies must meet. For instance, in April, Kangmei Pharmaceutical Co., a Chinese traditional medicine company included on the index or sub-indexes, admitted to falsely overstating its cash holdings by $4.4 billion as a result of an accounting error.

The senators asked Kennedy to respond to several questions by Sept. 6, including whether the board conducted due diligence relating to security, human rights, and financial transparency before making its 2017 investment decision.

The FRTIB didn’t respond to a request for comment.

In June, Rubio was among a group of lawmakers to introduce a bill to force Chinese companies listed on U.S. stock exchanges to open their audit books to U.S. regulators, or face delisting.

Trump Says Antifa to Be Designated a Terrorist Orgnization
0