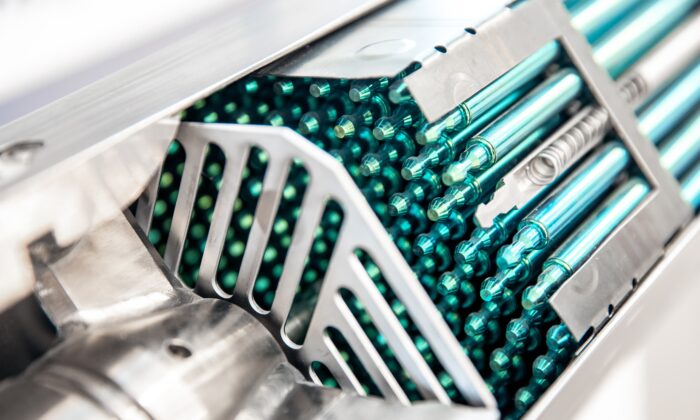 Senators are calling to uproot Australian legislation banning nuclear energy, suggesting that the technology could play a key role in ensuring energy reliability amid a pivot away from fossil fuels.

But Senator Jacqui Lambie has questioned why nuclear power is not on the table to support Australia’s energy security as the nation fast-tracked its emissions reduction efforts.

“France and Sweden replaced their whole coal fleet with nuclear power, and they now have the lowest per capita carbon emissions in the world,” Lambie told the Senate (pdf). “Meanwhile, we’ve got nearly a third of the world’s uranium here, but for some reason, we won’t use it ourselves.”

Nationals Senator Sam McMahon plans to introduce a bill to amend legislation prohibiting nuclear energy, and has received support from coalition senators—including fellow Nationals senator Matthew Canavan and two votes from Pauline Hanson’s One Nation—but currently is short of one vote to hold a majority in the upper house.

The Australian government had previously considered reversing the moratorium as part of its “technology, not taxes” approach to emissions reduction.

In particular, the federal government has put forward small modular reactors (SMRs) as a technology that promises to address fundamental issues with traditional nuclear reactors—such as cost, and safety—with a recently announced partnership with the United Kingdom to include research in the field.

However, a professor of engineering at the University of Melbourne with a background in nuclear systems, Iven Mareels, raised concern that the technology for SMRs was not yet proven, particularly in Australia.

For example, Mareels outlined that Australia had not developed any nuclear submarines that utilise the SMR technology.

“We can perhaps ask why Australia does not have a nuclear submarine? It is, after all, the better way to have a submarine being reliable and quiet,” Mareels told The Epoch Times. “If we want proof that the technology works modularly, that is a good place to start.”

Currently, no SMR projects in the private sector have been completed, with many state-funded projects delayed or over-budget.

Mareels, while not opposed to the idea of nuclear power, pointed to a lack of available workforce capable of developing and operating SMR infrastructure.

“True, nuclear can help, but do we have the time to train a whole new workforce in this space? Are we willing to import yet another technology and create even more dependencies in our power system on externalities?”

Mareels believes that nuclear power instead only served to delay Australia’s emissions reduction efforts, and that the only way the technology would work would be to completely overhaul multiple foundational aspects of Australia’s society.

“Nuclear is one step removed from providing a timely solution—unless we import technology and workforce together, make the necessary regulatory changes, and educate the public to live with something we have avoided forever,” Mareels said.

But Canavan, who backed Lambie’s calls for a nuclear revolution, argued that Australia would only benefit from promptly developing green, reliable energy.

“I agree that it will take a long time to build up a new nuclear industry, but all the more reason to start now,” Canavan told The Epoch Times. “As the old Chinese saying goes, the best time to plant a tree was 20 years ago; the next best time is today.”

Canavan emphasised that the development of the new nuclear tech would benefit future Australians, presenting them the option for more carbon-emission-free energy.