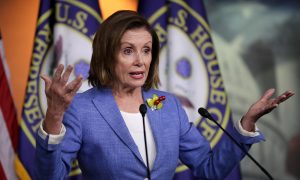 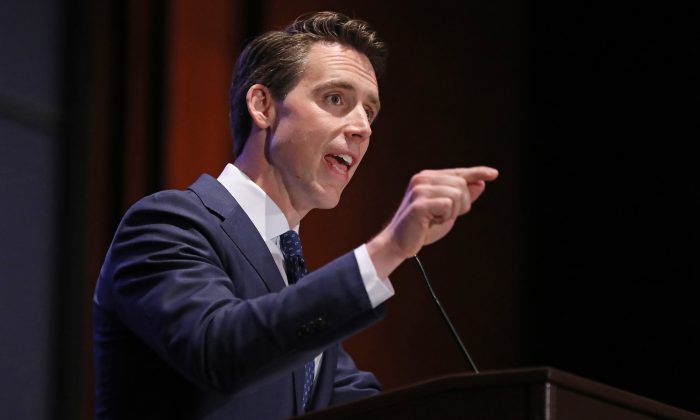 Google officials are “putting profits before country” by working with Chinese telecommunications giant Huawei to develop and install “smart speakers” in the homes of millions of U.S. consumers, according to three Republican senators.

“Three weeks ago, a representative from your company denied, under oath, that Google has been conducting any substantial business in China,” Sens. Marco Rubio (R-Fla.), Josh Hawley (R-Mo.), and Tom Cotton (R-Ark.) told Google Chief Executive Officer Sundar Pichai in a letter made public on Aug. 7.

“Yet recent reports revealed that, until the President [Donald Trump] placed Huawei on a trade blacklist because of that company’s problematic association with the Chinese Communist Party, you were working closely with Huawei to develop ‘smart speakers’ for use in the United States,” the senators wrote.

That revelation demonstrated, the senators wrote, that “you and Huawei ‘were even closer than previously understood.’ These devices can enable untrustworthy companies to listen in on Americans’ conversations.

“Your attempts three weeks ago to downplay your involvement in China, plus new revelations about your close relationship with Huawei, raise serious questions.”

Huawei has been cited by U.S intelligence agencies as virtually an extension of the communist regime that controls the Chinese mainland, being funded in great part by the Beijing government’s security agencies.

The U.S. Department of Justice has also charged the company with using its access and products to steal sensitive U.S. technology, defrauding U.S. firms, and undermine efforts by the federal government to ensure cybersecurity in the defense and telecommunications industries.

Google also has a checkered record of cooperation with Beijing, including working jointly on artificial intelligence (AI) research and development projects with Tsinghua University, which provides AI resources to the Chinese military.

In addition, Google developed an internet search engine called “Google.cn” that was used by the Chinese regime to censor information the country’s citizens could access via the World Wide Web.

The company ended that program in 2010, but has more recently been developing another search engine via a project known as “Dragonfly.”

The senators said Dragonfly “would have been even more clandestine about what it censored. Like the Huawei project, you worked on that project secretly. And it appears you scuttled the project only because you faced an internal backlash among members of your own company.”

The senators also pointed out that, during the continuing protests in Hong Kong, Google’s translation application changed the phrase, “I am sad to see Hong Kong become part of China” to “I am happy” for the former British colony to be absorbed into the mainland Chinese regime.

“Huawei poses serious concerns about national security. The oppressive Chinese Communist Party exercises enormous influence over the company. Huawei has even admitted that it hosts a branch of the party within the company itself,” the senators told Pichai.

“What due diligence did Google perform before agreeing to help Huawei put a listening device into millions of American living rooms,” the senators asked. “To what extent did you consider the national security implications of helping Huawei?

“And why did your partnership continue for months after the federal government unsealed an indictment that, in the words of the Washington Post, showed that Huawei ‘is determined to succeed by using theft and duplicity?’”

Such actions amount to putting profits before country, the senators wrote.

The senators addressed five additional questions to Pichai and asked that he respond by Aug. 30:

Why did you partner with Huawei to develop listening devices for use in the United States?

Why did you continue that partnership even after the Department of Justice released an indictment charging that Huawei, as The Washington Post put it, “is determined to succeed by using theft and duplicity”?

What consideration, if any, did you give to the national security risk posed by Huawei before agreeing to work with them on this sensitive project?

The reports about this project state that you “suspended” the project because Huawei was placed on a trade blacklist. Do you plan to resume helping Huawei install listening devices into American homes if the blacklist is lifted?

Rubio, Hawley, and Cotton are among the Senate’s most outspoken critics of Huawei and of Beijing’s aggressive economic, diplomatic, and military initiatives designed to supplant the United States as the world’s dominant power.