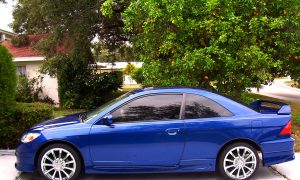 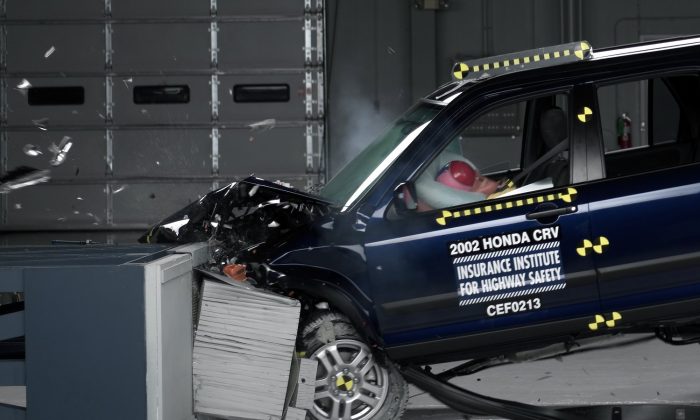 This undated photo provided by the Insurance Institute for Highway Safety shows a crash test of a 2002 Honda CR-V, one of the models subject to a recall to repair faulty air bags. In a letter delivered Thursday, Oct. 23, 2014, US Senators Richard Blumenthal (D-Conn.) and Ed Markey (D-Mass.) are calling on regulators to issue a nationwide recall of cars with faulty air bags made by Takata Corp., questioning why automakers have been allowed to limit recalls to only certain locations with high humidity. (AP Photo/Insurance Institute for Highway Safety)
US

DETROIT—Two U.S. senators are calling on regulators to issue a nationwide recall of cars with faulty air bags made by Takata Corp., questioning why automakers have been allowed to limit recalls to only certain locations with high humidity.

Democratic Sens. Richard Blumenthal of Connecticut and Edward Markey of Massachusetts made the demand in a letter to Transportation Secretary Anthony Foxx, who oversees the National Highway Traffic Safety Administration.

Air bag inflators made by Takata can rupture, causing metal fragments to fly out in a crash. Safety advocates say the problem has caused four deaths and multiple injuries. So far automakers have recalled about 12 million vehicles worldwide due to the problem.

But in the U.S., many automakers have limited their recalls to certain high-humidity areas. Takata has recommended that automakers conduct recalls only in Florida, Hawaii, Puerto Rico and the U.S. Virgin Islands — areas with high “absolute” humidity. Some automakers have included a few more states, but cars in many states with high humidity levels have been excluded.

No firm cause of the problem has been identified. Takata and the National Highway Traffic Safety Administration are investigating the impact of prolonged absolute humidity, which is a measure of the moisture content in the air, on chemicals that propel the air bags in a crash. They’re looking into whether moisture in the air can cause the chemicals to explode with too much force, causing metal parts to fracture.

In their letter, the senators ask Foxx to encourage automakers to provide drivers with free loaner cars if parts aren’t available. They’re also dubious of the reasons given so far for limiting the recalls.

“Almost any area of the country may have high heat and humidity for an extended period of time, including the Northeast. The lines they’ve drawn are completely senseless and arbitrary,” Blumenthal said in an interview. “It would be laughable except it’s deadly serious in its consequences.”

The senators’ letter also notes that people drive their cars from the Northeast to spend weeks or months in higher-humidity southern states.

Takata air bags have been the subject of recalls for several years, but U.S. regulators didn’t open an investigation into them until June. This week, NHTSA issued rare warnings to owners of nearly 8 million recalled cars equipped with the air bags to get them repaired as soon as possible.

The agency’s website crashed Monday night and still isn’t working fully, so drivers aren’t able to plug in their vehicle identification numbers to see if their vehicle has been recalled. Deputy NHTSA Administrator David Friedman said the crash likely was caused by a software change.

Messages were left Thursday seeking comment from Foxx and NHTSA. Takata issued a statement that did not address a nationwide recall. The company said it’s supporting the NHTSA investigation and has a joint objective “to do all that is possible to maximize motor vehicle safety.”