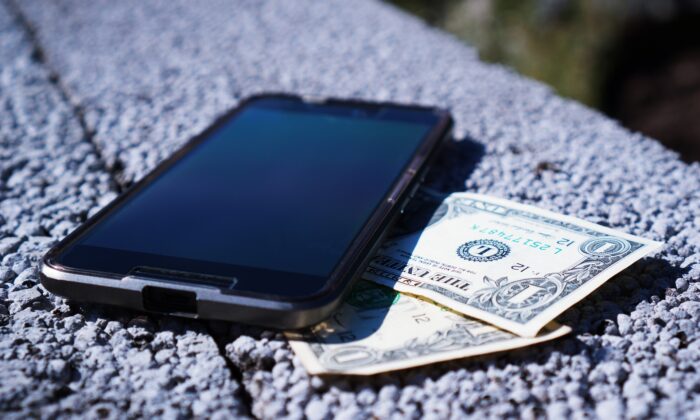 A smartphone next to dollar bills. (TheDigitalWay/Pixabay)
Companies

Fintech companies that offer online banking services can be dangerous and cause users to lose their money, Sen. Sherrod Brown (D-Ohio), chairman of the U.S. Senate Committee on Banking, Housing, and Urban Affairs, warned in an interview with Business Insider.

Users should be wary about fraud, privacy breaches, and hidden fees while using fintech services, Brown pointed out. “Fintech companies that want to act like banks—but without the consumer protections and safeguards that actual banks must adhere to—put people’s hard-earned money at risk,” he said.

“Consumers shouldn’t be getting locked out of their accounts, leaving them with no way to access their money to buy groceries, pay their bills, or make rent.”

In July last year, Brown had written a letter to the Consumer Financial Protection Bureau (CFPB) on behalf of the Senate committee, requesting an investigation into fintech firms offering digital banking services, also known as neobanks. The letter specifically asked CFPB to investigate complaints against neobank Chime after several customers reported getting locked out of their accounts.

An investigation into the matter by media outlet Click2Houston had recently discovered that some users lost several thousands of dollars after opening accounts with Chime.

The neobank would lock customers out of the app, insisting that the bank had identified unusual activity. Many customers never got back the money deposited with Chime. CFPB has received over 2,267 consumer complaints against the digital bank since 2020.

“Digital-only, financial companies that are not banks are not fully regulated to ensure that our banking system is safe and consumers are protected,” Sherrod’s letter said.

“The CFPB’s mission is to protect consumers from risks in the marketplace for consumer financial products and services. This includes the risks associated with receiving financial services from nonbanks.”

Speaking to Fintech Futures, Megan Long, senior consultant at Deloitte, pointed out that non-traditional financial players are evolving rapidly together with the growth of blockchain, decentralized finance, digital assets, etc. Since such activities are so novel, the world is yet to understand the risks and appropriate regulations necessary to control such activities.

“Ultimately, the core intention of regulatory bodies is to ensure financial stability, safe transactions, and also general consumer protection, and this is really challenged in this uncharted arena that naturally opposes those traditional structures,” Long said.

In a blog post on April 13, the International Monetary Fund (IMF) noted that the overall resilience and risk management of most neobanks remain “untested” during an economic downturn. Neobanks are “more exposed” to risks from consumer lending than their traditional counterparts. Digital banks also have higher liquidity risks, the organization stated.