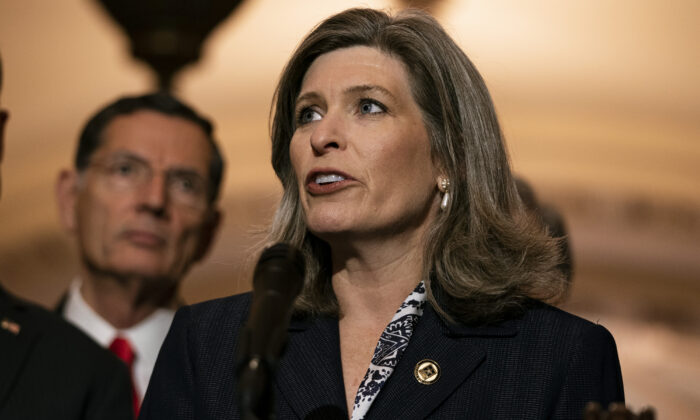 In a letter (pdf) sent to Attorney General Merrick Garland, Ernst asked whether the ATF is unlawfully harassing or coercing gun owners amid viral videos appearing to show ATF agents targeting them and similar other reports. Ernst noted that the agents may be targeting individuals who made straw purchases, or when one person buys a gun for another person.

“Simultaneously, multiple ATF agents, dressed in official ATF gear—including bulletproof vests—did not inform the resident purchaser of the optional nature of his or her participation in brandishing the requested firearm.”

Because of the lack of a warrant, bulletproof vests, and other factors, Ernst argued to Garland that it “calls into question whether the ATF’s actions are meant to harass or coerce firearm purchasers into, at best, legally questionable ‘investigations.’”

“Although the ATF is a law enforcement agency, it cannot and should not operate outside of proper legal channels,” the Republican lawmaker added. “Any investigation conducted by the Bureau must be balanced with an individual’s constitutional right to purchase and own a firearm, as well as Fourth Amendment protections. The ATF should not be conducting investigations without reasonable cause, nor without proper documentation from the judiciary authorizing the investigation.”

The Department of Justice has issued several news releases in recent days relating to ATF investigations of straw purchases, including one saying that a Michigan man was arrested on federal firearms trafficking and straw purchasing violations.

According to an indictment, the federal agency said Jerreil Lamounta Martin bought 11 firearms between September and October 2021 and falsely stated on federal forms that he was the actual purchaser of the weapons. But he was buying those guns for other people, prosecutors alleged, before “collecting a fee for his illegal service.”

“Numerous guns that were allegedly illegally purchased and trafficked by Martin were later used in crimes,” said a Justice Department news release.

Ernst’s letter was first reported by Breitbart News. The Epoch Times has contacted the Justice Department for comment.