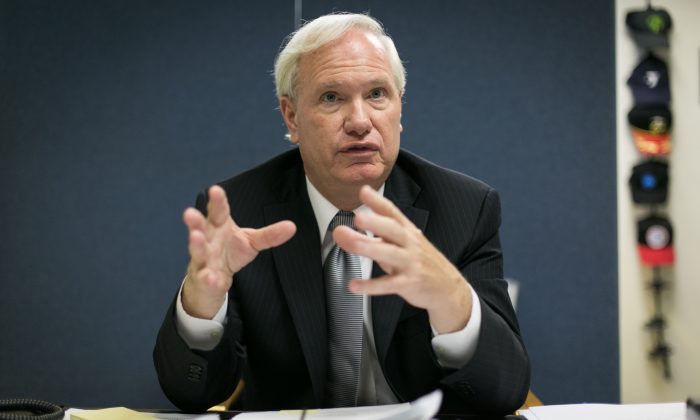 NEW YORK—When Christine Colligan learned her mother had gotten married at the age of 15 to avoid being drafted as one of the “comfort women” during World War II, she was shocked. When she passed on the history to her own children going to public schools in New York City, their reaction was sheer disbelief.

“If this is not in schools, how [will] they know?” asked Colligan, president of the Korean American Parent’s Association of Greater New York.

“Comfort women” refers to the tens to hundreds of thousands of Korean women who were forced to prostitute themselves for the Japanese Army during World War II.

This piece of history is deliberately not taught in Japanese schools, and conflicts between the Japanese and Korean people remain. Korean parents are worrying the erasure can only keep Korean and Japanese youth from learning about their heritage and connecting with each other.

Colligan and other Korean-Americans then brought the issue to the attention of Sen. Tony Avella, with the message that history like this should not be repeated. “This should never, ever happen again,” she said.

The effort to prevent erasure is reaching the schools as well. Jae Yeong Kim, who recently graduated from Francis Lewis High School in Queens, said he saw growing interest from his peers. As president of the Korean American Youth Leadership, Kim said he felt responsible to push for better education.

Kim moved to the United States four and a half years ago, and had learned about comfort women in school in Korea, and the memory of meeting a woman who went through the experience moved him.

“I don’t think we can just learn about the good parts of history. We have to learn the bad parts too, or we’re not really learning,” Kim said.

Last month Avella introduced a bill that would require state curriculum to teach “an unbiased and factual account of events that occurred during World War II.”

“It is also important to make sure this history is taught in light of the increasing amount of sex trafficking that is happening within the United States as well as throughout the world,” the bill reads.

“We need to call it for what it is: an atrocity against women,” Avella said. The bill includes the subject of comfort women in a portion of the education law including slavery, the Holocaust, and the mass starvation in Ireland from 1845–1850 as part of the state curriculum.

The bill is currently waiting for action from the state Assembly.

Illinois recently passed a similar bill in the state Senate, but no other country has a bill that requires the topic as part of its curriculum.

By some counts, as many as 400,000 women were forced into prostitution, from countries including Korea, China, and the Philippines; not including the military comfort stations in other countries occupied by the Japanese Army at the time.

The women were systematically beaten and raped, according to many testimonies. Colligan said her mother remembered the girls lining up for daily shots of opium, to keep them complacent.

The controversial topic was not reintroduced until the 1970s, and in the 1990s it became a contested political issue spurred by lawsuits.

Groups have demanded an apology from the Japanese government several times over the years, and were met with various responses. In March, Japanese Prime Minister Shinzo Abe said he would not alter the landmark 1993 apology signed by then-chief Cabinet Secretary Yohei Kono.