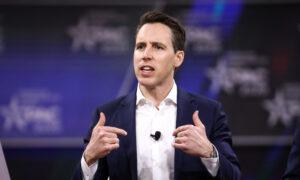 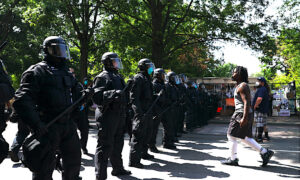 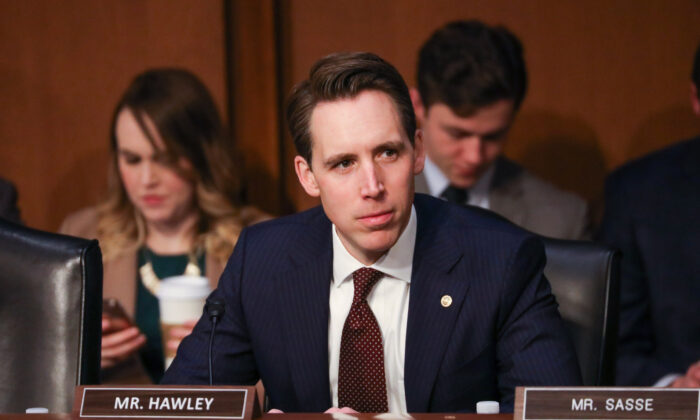 As vandals indiscriminately tear down historic American landmarks, Sen. Josh Hawley (R-Mo.) is introducing an amendment to the NDAA to stop an effort by Sen. Elizabeth Warren to unilaterally require that the Department of Defense rename military bases and remove war memorials of confederate figures.

“Any discussion about renaming bases should be had in the light of day, out in the open, and it should involve military families, veterans, and state and local stakeholders.  That’s what my amendment would do,” said Hawley.

“The reality though is that this was never about the Confederacy. That’s what left-wing activists want us to believe. The events of the last few weeks where rioters have attacked American and religious landmarks tell us otherwise. It only took days for them to move on to Grant and Lincoln. And the mob will keep marching through all our cultural institutions until every American whom the woke crowd deems unjust is canceled,” added Hawley.

According to a summary of the amendment (pdf), the measure requires that the Defense Department rename posts and assets either named for Confederate officers or that honor the confederacy within three years.

Warren’s amendment states that a commission will be established to “study and provide recommendations concerning the removal [of] names, symbols, displays, monuments, and paraphernalia that honor or commemorate the Confederate States of America,” which includes military bases and other Pentagon assets such as aircraft, ships, and any type of equipment.

Sen. Hawley’s amendment would take out language for renaming military bases named for Confederate officers and make the removal and renaming process public by “holding public hearings on any proposed criteria or recommendations for removal,” which then would be reported to Congress for oversight.

While Democratic lawmakers have largely been silent on the issue of tearing down statues, Rep. Eleanor Holmes Norton (D-D.C.) said she is introducing a bill, for the 1876 statue, Emancipation Memorial, paid for almost entirely by donations from former slaves, to be taken down and put in a museum.

“The designers of the Emancipation Statue in Lincoln Park in D.C. didn’t take into account the views of African Americans. It shows. Blacks too fought to end enslavement. That’s why I’m introducing a bill to move this statue to a museum,” said Holmes Norton.

On the other hand, when the statues of former Presidents Ulysses Grant, George Washington, and Thomas Jefferson were defaced and toppled, Republican senators criticized the vandals.

“A crazy fringe is treating their monuments like vanity statues of tinhorn tyrants. Our Founding Fathers are being roped to the ground like they were Saddam Hussein,” Senate Majority Leader Mitch McConnell (R-Ky.) said on the Senate floor in Washington.

“There could be no clearer sign that these far-left radicals have severed any connection to the righteous cause of racial justice. They’ve literally tried to succeed where Robert E. Lee failed and bring General Grant to the ground.”

A statue of Grant was among those toppled in San Francisco late June 19.

McConnell described towering figures in American history like Grant, who forced the surrender of the Confederacy, as “imperfect heroes,” while the United States is an “imperfect union” that’s “still the great nation in world history.”

America’s past is complex, McConnell said, calling the claim that bigotry is its deepest founding principle, absurd.

Sen. Tim Scott (R-S.C.), one of three black lawmakers in the Senate, said during an appearance on “Fox & Friends” on June 23 that he opposes “tearing down history for the sake of anarchy.”

He described the people involved as “not a part of any protest.” And added, “They’re simply agitators and simply trying to find their way to create anarchy, chaos, and lawlessness.”