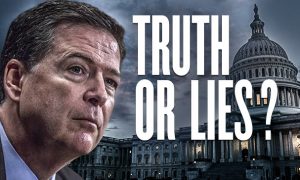 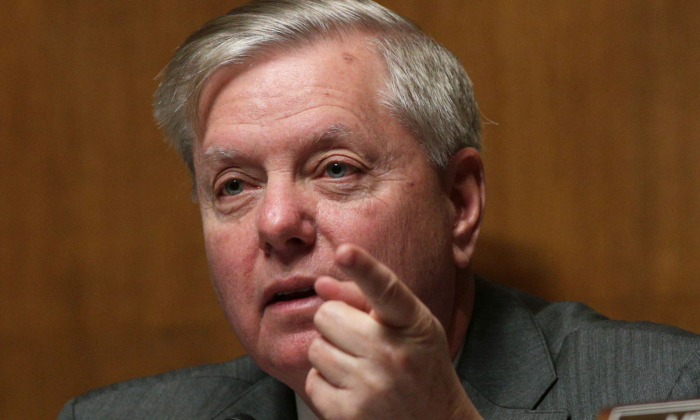 Comey posted a photograph of tall trees with a caption reading “so many questions” shortly after Attorney General William Barr released a summary of investigative findings by special counsel Robert Mueller.

In the photo, Comey, dressed in a dark outfit and sneakers, is looking up as the trees stretch out of the camera frame.

Graham responded to the unusual photo with a cryptic message of his own.

“Could not agree more,” the senator wrote. “See you soon.”

Graham is the chairman of the Senate Judiciary Committee, which is investigating whether the FBI under Comey misled a secret court in order to obtain a surveillance warrant on a Trump-campaign associate, Carter Page.

Most of the information pertaining to the surveillance remained inaccessible because the surveillance of Page was part of the FBI’s investigation of the Trump campaign, which eventually morphed into the special counsel probe.

Under Justice Department rules, matters pertaining to ongoing investigations must remain classified. With Mueller’s investigation completed, many of the questions that went unanswered for more than two years may now be resolved.

Could not agree more.

The special counsel’s investigation established that President Donald Trump and his campaign associates did not collude or coordinate with Russia in its efforts to interfere in the 2016 presidential election, according to Barr’s summary of Mueller’s report. Barr also exonerated Trump of the obstruction of justice allegations, concluding that the evidence presented by Mueller is not enough to establish the charge in court.

When contacted by The Hill about his response to Comey, Graham pointed to his letter to Barr about investigating Page’s surveillance warrant. Comey signed the application for that warrant, which was then submitted to and approved by the Foreign Intelligence Surveillance Court in October 2016.

The core of the surveillance warrant application consists of intelligence from the so-called Steele dossier, a document funded by the Clinton campaign and composed by former British spy Christopher Steele. The FBI failed to inform the court that Clinton paid for the dossier. Among a host of other issues, the bureau also failed to inform the court that Steele was biased against Trump.

Trump fired Comey in May 2017 upon the recommendation from Deputy Attorney General Rod Rosenstein. Comey then leaked memos to the media with the intent of forcing the appointment of a special counsel. At least one of the memos contained classified information.

Trump celebrated the conclusion of the special counsel investigation and referred to the summary findings as a “complete and total exoneration.” The president said the investigation of his campaign was started illegally and called for an investigation of those involved, which would more than likely include Comey.