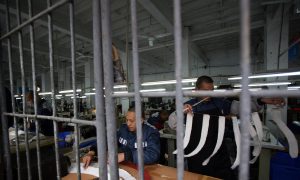 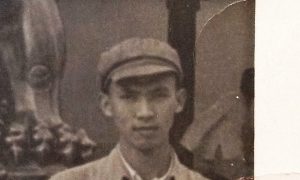 Silent Cry in the Darkness: The Story of a Life Cut Short by the Chinese Communist Regime
0 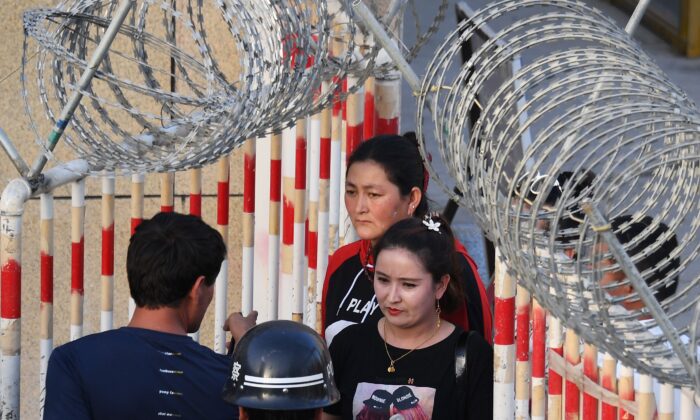 This photo taken on May 31, 2019 shows a Uighur woman (C) going through an entrance to a bazaar in Hotan, in China's northwest Xinjiang region. - A recurrence of the Urumqi riots which left nearly 200 people dead a decade ago is hard to imagine in today's Xinjiang, a Chinese region whose Uighur minority is straitjacketed by surveillance and mass detentions. A pervasive security apparatus has subdued the ethnic unrest that has long plagued the region. (Photo by GREG BAKER / AFP) (Photo credit should read GREG BAKER/AFP via Getty Images)
China-US News

U.S. Senator Cory Gardner (R-Colo.), is urging to the Ambassador of China to the United States Cui Tiankai, to allow the United Nations to investigate the treatment of the Uyghurs in the Xinjiang Uyghurs Autonomous Region.

“An investigation with cameras is not only warranted but necessary so that the world can see the truth in Xinjiang,” Gardner wrote in a letter Friday. “Therefore, I request that you and your government allow a full UN investigation, including cameras, into the treatment of this vulnerable population.”

Gardner, Chairman of the Senate Foreign Relations Subcommittee on East Asia, the Pacific, and International Cybersecurity Policy, called out the Chinese Communist Party (CCP) for drone footage contradicting the regime’s claim that the Uyghurs “enjoy a peaceful” existence.

“There is clear evidence that the PRC [Peoples Republic of China] utilizes invasive surveillance techniques to detain Uyghurs. These detentions are arbitrary and have caused grievous harm,” continued Gardner.

“Even more disturbingly, an investigation by the Associated Press has revealed that many Uyghurs women have undergone forced sterilization procedures and even abortions in a perverted attempt to reduce their population,” he added.

Meanwhile China’s ambassador to the UK, Liu Xiaoming, was confronted in mid-July on television with the same leaked drone footage that Gardner referenced in his letter.

Liu did not deny the accuracy of the footage when asked by BBC’s reporter Andrew Marr, but instead suggested it could be a simple transfer of prisoners.

Further questioning Liu Xiaoming on the footage, Marr asked: “Can I ask you why people are kneeling, blindfolded and shaven, and being led to trains in modern China? What is going on there?”

The ambassador replied: “I do not know where you get this videotape. Sometimes you have a transfer of prisons, of prisoners, in any country.”

There is a host of evidence to suggest that millions of Uyghurs have been sent to re-education camps and used as forced labor.

Former Uyghurs detainees previously told The Epoch Times that they were subjected to torture, forced to denounce their faith, and forced to pledge loyalty to the CCP while held for unknown reasons in often overcrowded facilities. Uyghur women, meanwhile, have been subjected to forced sterilization, forced abortion, and coercive family planning, a recent report revealed.

The Uyghurs are a mostly Muslim Turkic ethnicity who regard themselves as culturally and ethnically close to Central Asian nations. The majority live in Xinjiang, where they number about 11 million.

The Trump Administration has criticized the CCP for the persecution of Uyghurs and on June 17 President Donald Trump signed legislation calling for sanctions against those responsible for the repression of Uyghurs in China’s Xinjiang province.

“The Act holds accountable perpetrators of human rights violations and abuses such as the systematic use of indoctrination camps, forced labor, and intrusive surveillance to eradicate the ethnic identity and religious beliefs of Uyghurs and other minorities in China,” Trump said in the statement about the law.