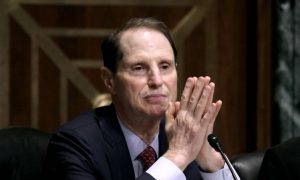 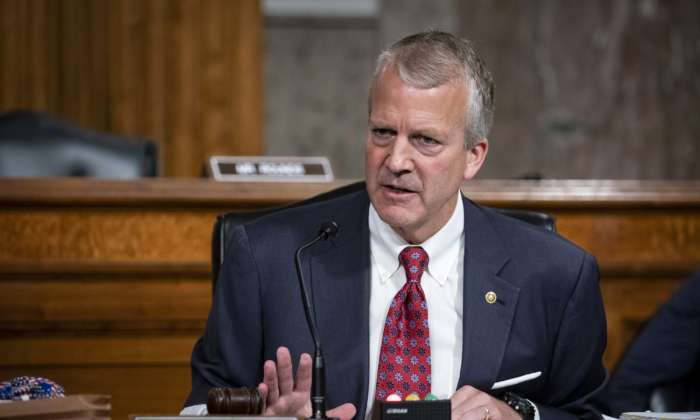 Sen. Dan Sullivan (R-Alaska) left Washington on Friday to his home state for a family funeral just as the Senate headed into an extended session during which Republicans could use his vote to amend the gargantuan $1.9 trillion COVID relief bill.

“Due to the recent passing of his father-in-law, Senator Sullivan had to depart on a Friday afternoon flight to make it back to Fairbanks, Alaska in time for the funeral,” a Sullivan spokesperson told The Hill.

“Senator Sullivan intended to vote against final passage of the bill and made his opposition clear in a statement on Thursday, after his vote against the motion to proceed with consideration of the bill.”

During the s0-called Vote-a-Rama, any senator can propose amendments to the relief bill which can be passed with a simple majority. Sullivan’s absence means Republicans would need at least two Democrats to join them for an amendment to succeed.

Republicans are in virtually unanimous opposition to the bill, which features the biggest expansion of Obamacare in a decade and a child tax allowance which amounts to the biggest means-tested welfare expansion since the Affordable Care Act.

Some of the provisions in the bill, including the $15 minimum wage mandate, received opposition from Democrats. The Democrats reached a compromise agreement among themselves late on Friday on tax breaks and unemployment benefits, enabling them to move forward with the proposal.

Sen. Joe Manchin (D-W.Va.) announced in a statement: “We have reached a compromise that enables the economy to rebound quickly while also protecting those receiving unemployment benefits from being hit with unexpected tax bill next year.”

He added, “Those making less than $150,000 and receiving unemployment will be eligible for a $10,200 tax break. Unemployment benefits will be extended through the end of August.”

“It extends supplemental unemployment benefit into September, and helps the vast majority of unemployment insurance recipients avoid unanticipated tax bills,” she announced. “Most importantly, this agreement allows us to move forward on the urgently needed American Rescue Plan, with $1400 relief checks, funding we need to finish the vaccine rollout, open our schools, help those suffering from the pandemic, and more.”

The bill now faces a potentially long process in which Republicans were expected to offer scores of amendments. The proceeding was expected to last late into the evening, with a final vote possibly not coming until Saturday.

Democrats currently hold the smallest possible majority in the Senate, with 48 Democrats and two independent senators who caucus with them. They must maintain unity to allow Vice President Kamala Harris to cast the deciding vote if no Republicans support the bill.

So far, Senate Democrats have taken out the minimum wage increase and modified $350 billion in state and local aid to steer more money to smaller states.

If the Senate passes the bill, the House would have to sign off on those changes before Biden could sign it into law.

Democrats are seeking for the bill to be signed by Biden before March 14, when enhanced jobless benefits and some other aid are due to expire.