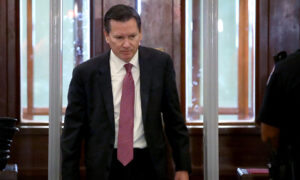 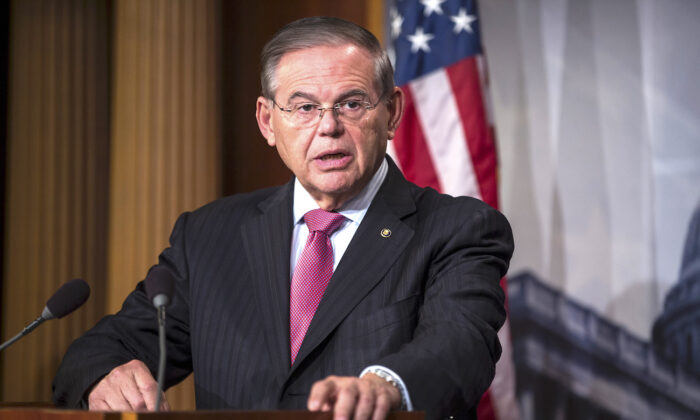 Sen. Robert Menendez (D-N.J.), the ranking Democrat on the Senate Foreign Relations Committee, says that he will introduce a bill that seeks to “protect inspectors general for the State Department and other Foreign Affairs agencies from removal,” and boost Congress’s ability to “review attempts to remove inspectors general.”

Trump said in a letter sent late May 15 to House Speaker Nancy Pelosi: “It is vital that I have the fullest confidence in the appointees serving as inspectors general. That is no longer the case with regard to this inspector general.”

In a statement released May 18, Menendez said he is “increasingly concerned that it appears Inspector General Linick was targeted and removed by President Trump and Secretary Pompeo simply for doing his job.”

Menendez’s bill would “provide a mechanism for Congress to review the president’s attempts to remove inspectors general” and “limit removal of inspectors general only for cause (such as malfeasance, misuse of funds, abuse of authority, or violation of law).”

The bill would also require that “acting inspectors general be career officials, not political appointees,” and would “require the secretary of state and other agency heads to recuse from any actions related to an investigation involving that official.”

On May 16, Menendez joined Rep. Eliot Engel (D-N.Y.), who chairs the House Committee on Foreign Affairs, in announcing an investigation into the firing of Linick. The two Democrats said they had requested the White House, State Department, and the State Department Office of Inspector General to preserve all records related to the firing and to hand over those documents to the two committees by May 22.

Linick is the latest watchdog to be replaced this year. Earlier, Trump in April notified Congress that he would fire Michael Atkinson, the inspector general for the Intelligence Community who handled the anonymous whistleblower complaint that triggered the House Democratic-led impeachment inquiry against Trump.

In the same month, Trump removed Glenn Fine from the role of acting inspector general for the Department of Defense, after Fine was appointed to lead a watchdog committee overseeing how the $2.2 trillion CCP (Chinese Communist Party) virus relief package was being spent.

In a statement, both Menendez and Engel said they were concerned about the pattern of IG dismissals, saying that they “unalterably oppose the politically motivated firing of inspectors general and the president’s gutting of these critical positions.”

The two also alleged, citing media reports, that Linick was fired after he had opened an investigation into alleged wrongdoing by State Department Secretary Mike Pompeo, while the timing of the move suggests that it could be an “act of retaliation.” The lawmakers didn’t provide any details.