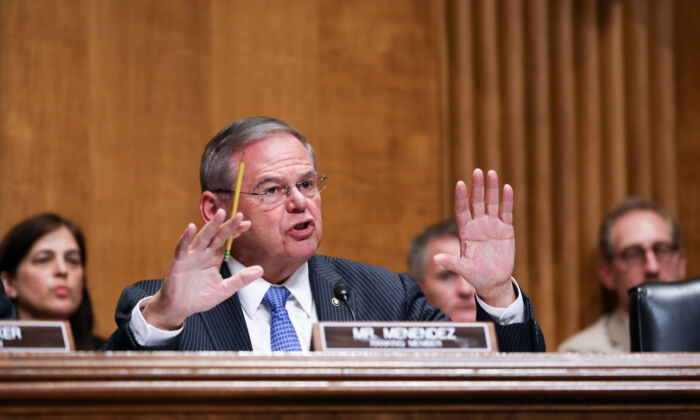 The Senate unanimously passed a resolution on Thursday making it official American foreign policy to recognize the genocide of more than one million Armenians in Turkey.

Sen. Bob Menendez (D-N.J.), ranking member of the Senate Foreign Relations Committee and sponsor of the bill, attempted to get it passed three times in recent weeks and was successful on the fourth try.

“By passing my Armenian Genocide resolution, the Senate finally stood up to confirm history: What happened from 1915 to 1923 was—most assuredly—genocide. There is no other word for it. There is no euphemism. There is no avoiding it,” Menendez said in a statement.

“To overlook human suffering is not who we are as a people. It is not what we stand for as a nation. We are better than that, and our foreign policy should always reflect this. I am beyond honored and humbled to be part of this important moment of our history.”

Menendez thanked Sen. Ted Cruz (R-Texas), who helped get the resolution passed, while speaking on the House floor.

“The Menendez-Cruz resolution affirms U.S. recognition of the Armenian genocide,” he added. “It’s been far too long in coming.”

Armenian Prime Minister Nikol Pashinyan praised the resolution, calling it “a victory of justice and truth.”

Senate Judiciary Chairman Lindsey Graham (R-S.C.) blocked one attempt last month after meeting with Turkish President Recep Tayyip Erdogan alongside President Donald Trump. Graham said he didn’t want to “sugarcoat history or rewrite it.” He later said he blocked the resolution because Erdogan “was still in town” and he was “trying to salvage the relationship, if possible.”

The resolution states that Henry Morgenthau, United States Ambassador to the Ottoman Empire from 1913 to 1916, described the Ottoman Empire’s killings of Armenians as a “campaign of race extermination” and that Raphael Lemkin, who coined the term “genocide” in 1944, invoked the Armenian case as a definitive example of genocide.

“Whereas, as displayed in the United States Holocaust Memorial Museum, Adolf Hitler, on ordering his military commanders to attack Poland without provocation in 1939, dismissed objections by saying ‘[w]ho, after all, speaks today of the annihilation of the Armenians?’, setting the stage for the Holocaust,” the resolution added.