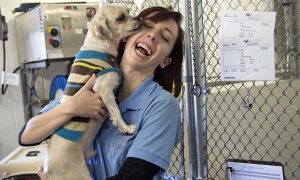 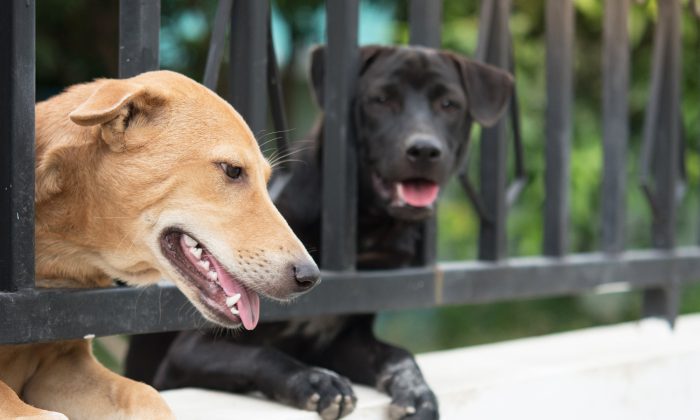 Dogs peek through a gate in a file photo. (Illustration - Shutterstock)
Politics

“Passing this legislation is a major victory in the effort to stop animal cruelty and make our communities safer. Evidence shows that the deranged individuals who harm animals often move on to committing acts of violence against people. It is appropriate that the federal government have strong animal cruelty laws and penalties,” Toomey said in a statement after the vote.

“There is no place in a civilized society for maiming and torturing animals—period,” added Sen. Richard Blumenthal (D-Conn.) in a statement.

Until tonight, Congress had never passed a comprehensive animal torture law. After years of work, the PACT Act, which I intro’d with @SenBlumenthal, is now on its way to the president’s desk. It establishes strong penalties for monsters who hurt animals. https://t.co/8NTKL0tsWy

There’s no place in a civilized society for maiming&torturing animals—period. @SenToomey &I’ve spent yrs working to hold the barbaric individuals who commit these crimes accountable. I’m glad Congress is finally sending the #PACTAct to the President’s desk to be signed into law.

The House unanimously passed the bill, known as the PACT Act, which stands for Preventing Animal Cruelty and Torture, on Oct. 23.

“Today’s vote is a significant milestone in the bipartisan quest to end animal abuse and protect our pets. This bill sends a clear message that our society does not accept cruelty against animals. We’ve received support from so many Americans from across the country and across the political spectrum,” Rep. Ted Deutch (D-Fla.), who introduced the bill with Rep. Vern Buchanan (R-Fla.), said in a statement after the vote.

“Animal rights activists have stood up for living things that do not have a voice. Law enforcement officers have sought a federal overlay to help them stop animal abusers who are likely to commit acts of violence against people. And animal lovers everywhere know this is simply the right thing to do. I’m deeply thankful for all of the advocates who helped us pass this bill, and I look forward to the Senate’s swift passage and the President’s signature.”

A number of groups endorsed the legislation, including the Humane Society, the Fraternal Order of Police, and the Animal Wellness Foundation.

The bill expands on the Animal Crush Video Prohibition Act, which was passed in 2010 before being signed into law by then-President Barack Obama. That bill criminalized the creation, sale, and marketing of videos showing small animals being tortured to death.